Enemies of vaping, scientists and lawmakers 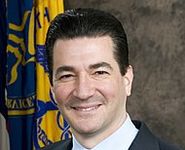 Without doubt one of the champions in the enemies of vaping. A real scum of the worst kind. Former boss of the FDA, Scott Gottlieb has systematically demonized vaping during his term. He invented a vape epidemic among young people using fragmented and totally moldy data. And he took the opportunity to destroy the American vape. And since the United States sets the tone for the world, then Scott Gottlieb’s crimes are absolutely unforgivable. Why did he do that ? Scott Gottlieb is a corrupt of Big Pharma. The proof is that he joined the Champix team, competitor of the vape, at Pfizer when he was sacked by Trump. 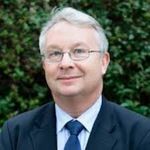 British doctor and anti-vape by ideology. Martin McKee fought hard when Public Health England considered vaping to be less dangerous than the cig. He had appear in numerous outlets in the manner of a Scott Gottlieb to demonize the vape. He accused the English authorities of turning a blind eye to the dangerousness of the vape. After the PHE report, an anonymous editorial in The Lancet openly criticized this report. And it was discovered that it was Martin McKee who was the author. 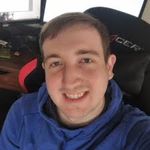 Here, we have a champion out of category. A scum that the world has rarely seen. Braden MacBeth wrote one of the most disgusting anti-vaping articles in Science Based Medicine, a site that is meant to be factual, but which is especially ideal for reflecting the views of Big Pharma. He destroyed vaping in his article, but all of the cited studies smell piss and feces. This jackal’s son has even used the Lung Popcorn disease which has absolutely no link with the vape. A real junk of the worst kind! The article was published in the same time that the FDA was launching its PMTA. So it’s a remote controlled propaganda, probably by Big Pharma. Braden MacBeth has no expertise in tobacco, vape or anything. It is a hillock in any medical training. We often send this type of useless pig to do propaganda from a industry who is know to reward handsomely his most favorites barking dogs.