Prue Talbot is the kind of slut who claims to be a scientist and who hates vaping on a Nazi level.

Prue Talbot is an old bitch who deserve a early retire. Like many religious fundamentalists, this bitch demonizes vape to such a level that you think Seralini is a good scientist. She works in human biology and smoking related diseases. And for several years, Prue Talbot has become the specialist in studies so rotten that it makes you want to laugh and joke by cursing this whore to the damnation of scientific sanction.

So, she published a study where she and another younger bitch, watched videos of vape reviewers and they counted the number of seconds in their puffs and concluded that it was dangerous. Seriously, you have to be really a fucking parasite of society and the worst of scientists to waste taxpayers’ money that pays you your wages, to count the number of fucking puffs that are made by vape youtubers. 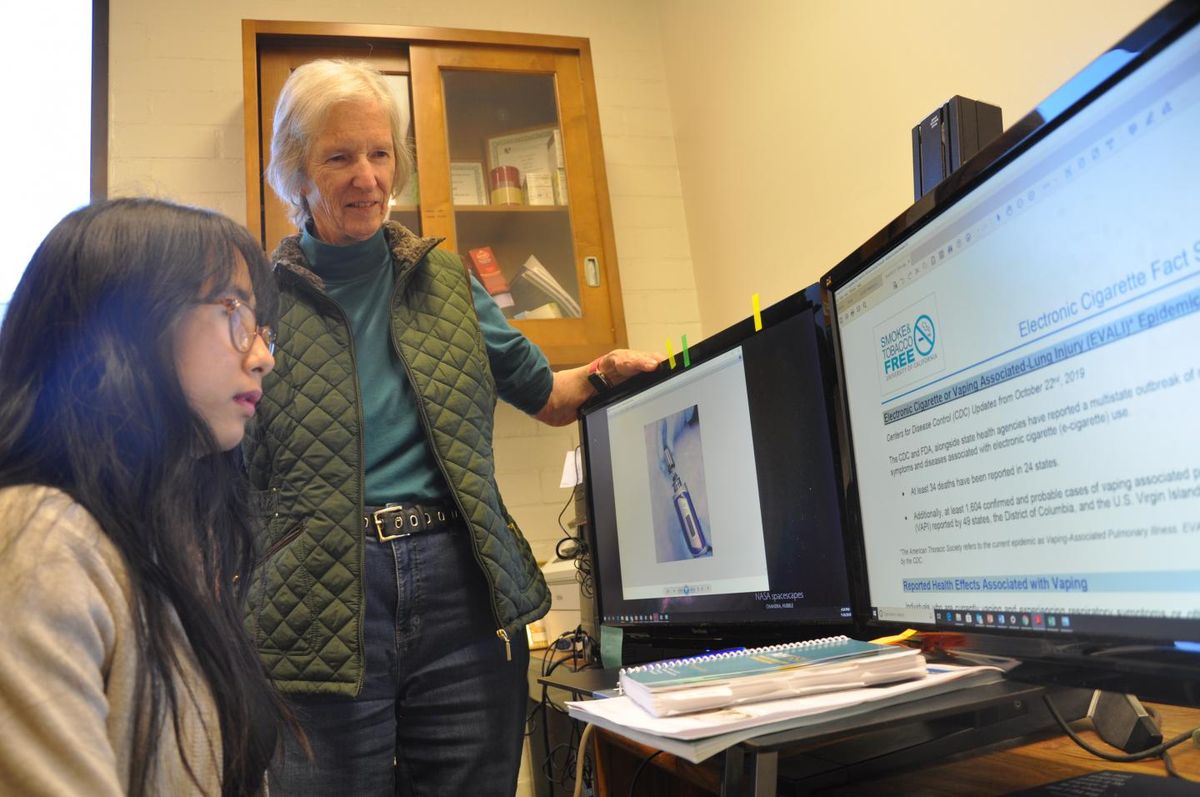 Prue Talbot teaching others how to cheat and publish bullshit scientific studies.

His latest study is much worse. Published in Journal of Medical Internet Research which is almost a predatory journal, because Jeffrey Beall had criticized him enormously by saying the acceptance criteria were shit without going to name it as predatory. But Prue Talbot is not a predator, but an absolute pice of shit. In her latest study, she consulted vape forum posts for 7 years, analyzing thousands of articles. And she concluded that lung disease existed long before the crisis in the United States.

It is as if I were analyzing the forum posts on the Honda Civic, that I was compiling the symptoms of people who use this model of car. And that I said that the Hondas Civic causes coughs and hemorrhoids!

Why the University of California, which employs garbage such as Prue Talbot, allow this study to be published. Are the Journal of Medical Internet Research reviewers, morons and corrupt to dare to publish such a piece of shit?

Fucking motherfucker of your race. Crook of the worst kind! True prostitute in the anti-vaping, this slut dared to publish such a study and say that vaping is dangerous. It is a shame for me, scientist communicator since 5 years, to say that such a human shit has the title of scientist. She did not interview every member who posted her articles, as a notorious incompetent, she ignores that there are always symptoms when going from the cigarette to vaping. But when you suck Bloomberg’s dick and its subsidies to attack vaping, why piss off and do a good scientific study.

Prue Talbot is not a scientist. It is a mountain of feces, pus on its feet, a scribbler of the worst that violates science through all holes and who bursts out laughing when science, raped and massacred, is left at the gutter.