What to expect from the Thelema DNA250C from Lost Vape?


Lost Vape is throwing us a new box with the DNA chipset. Is the Thelema DNA250C worth it or is the design too similar to other Lost Vape boxes.

The Thelema DNA250C is the new box with the DNA chipset from Lost Vape. When you hear the name Lost Vape, you think of a brand that cares about their products and they are sustainable. The year 2020 has been fulfilled for Lost Vape whether with the Centaurus box, the Grus or its URSA mod pod. Each time, the launches of Lost Vape have had their effect. But what can we expect from Thelema DNA250C.

Precision and aesthetics for the Thelema DNA250C

The DNA chipset has nothing more to prove and it is considered the best on the market. This is an American chipset and the price is immediately felt when a product uses it. The Thelema DNA250C offers all the functions of this chipset including the famous Replay mode which allows you to have a millimeter vape according to your style. But at 56.1 x 27 x 92.6mm, the Thelema DNA250C looks familiar with both the Centaurus and other brand’s mods.

The design is always neat, the Thelema DNA250C is powered by two 18650 batteries and I think there was room for 21600. The battery hatch opens from the side and is magnetic. This hatch is also the decorative panel and for the launch, the Thelema DNA250C offers 3 categories of panels, a faux crocodile skin, carbon fiber and a third which is in red leather (the latter being the most beautiful for me) . 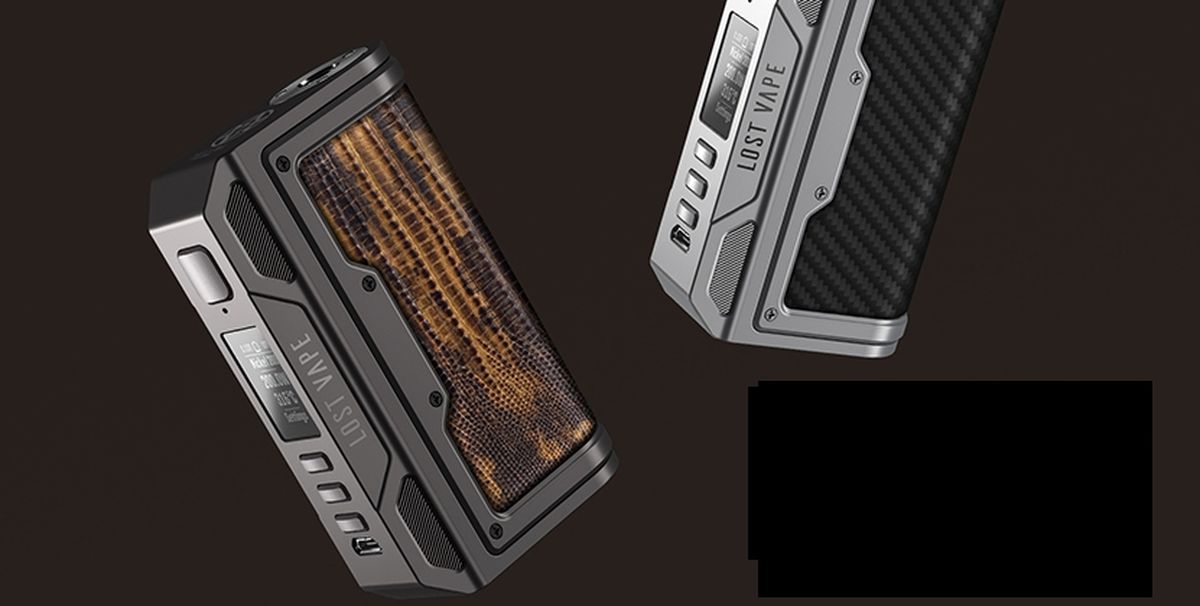 You also have the color of the box which can be SS, Gun metal or Black. It is not known whether it is the entire coating of the box that changes or only the contours of the panel. Box can go up to 200 watts and it also accepts temperature control with wires like Titanium or Ni200.

A design that is too similar to other Lost Vape boxes?

When you look at the Thelema DNA250C, you see a few small differences, but the overall design looks exactly like other Lost Vape boxes. The brand relies on the DNA chipset for sale, but it needs a change of style. In addition, the chipset is the default one and we would have liked a customization of the DNA. With a pre-order price of $ 160, the Thelema DNA250C is only of interest to those who have missed the Centaurus or other Lost Vape boxes.

If you don’t have a DNA250C box and want to try out the replay mode that everyone praises, then this is worth a purchase. Would I buy it? No, I’m too broke to afford this type of box. If anyone from Lost Vape goes there, they can send it to me for a review … Plus, if I had $ 150 to throw on a mod, honestly, I’d put it on a nice mech tube.

In short, the Thelema DNA250C ticks all the boxes for a great box. You will have reliability and durability because it’s both Lost Vape and it’s DNA, but the design feels too familiar to me with all of the brand’s other mods. For the price, I already said it, we are in the average of a DNA box with 160 dollars in pre-order.