What to expect from Hellvape’s Trishul V2 semi-regulated mod ?


The Trishul V2 semi-regulated mod is a slightly improved version, but which allows it to reach an audience that is afraid of mech mods.

Usually, when you talk about Mod mech to someone who is not used to it, they will say, “It’s a bomb.” It’s true that there have been a few “accidents” with mech mods, not least because people use it anyhow. In a mech mod, you are the only security. You must know your batteries, ohm law, your coils, etc. You must also be able to completely disassemble the mech mod to clean it regularly.

With the Trishul V2 semi-regulated, Hellvape slightly adapts its tube for people who want to test the vaping feeling in mech mod, but who are afraid of the risks that this implies. Inside the tube you will find a small cylinder, fitted with a chipset, which provides protection between the battery and the top cap of the tube. 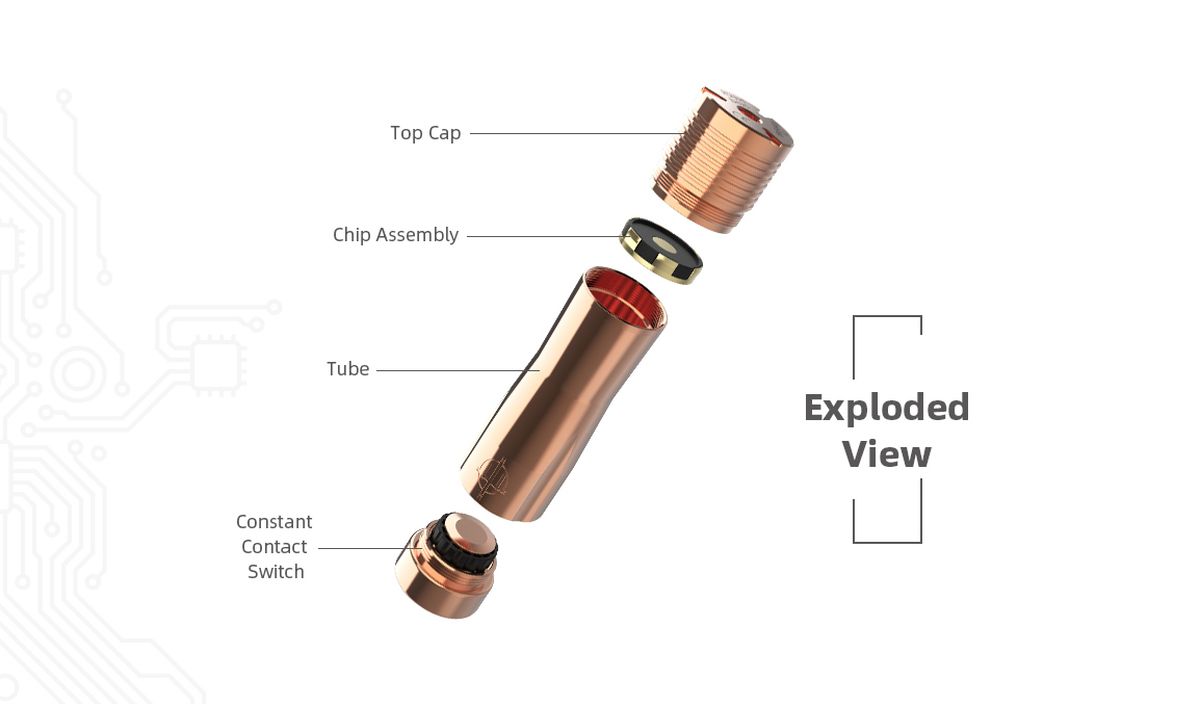 This way it is as if you are vaping in electro mod with the bypass function. Then, once you are used to this type of vape, then you can remove the chipset to switch to full Meca mod. The question at the beginning remains, why, god damn it, Hellvape didn’t integrate it from the first Trishul V2. It’s completely stupid to launch a new product, just with the chipset.

Small clarification for Hellvape when we see its product description … The term “Semi-Mech” does not exist! Either it’s Mech or it’s electro. For a vape company, not knowing the right terms is a bit ridiculous. So this Trishul V2 is a semi-regulated mod, but it is fully electro if we install the chipset. And if you take it off, then it becomes a standard mecha mod.

Inspired by the Tauren Max …

What is even more striking is that this type of Chipset which can be dismantled on a mech mod, to transform it into a semi-regulated mod, is not a new idea. THC with its Tauren Max Hybrid had already launched this concept in June 2020. Hellvape could have launched its Trishul V2 semi-regulated in stride. For me, it is a mistake to slice a product into salami, just to make more sales.

Knowing that the Trishul V2 had very positive reviews, already by its price. Because it was around $ 35, which is affordable for a mech mod. Currently, the Tauren Max Hybrid costs around 60 dollars and on some Chinese sites, the Trishul V2 semi-regulated is listed for pre-order around 72 to 75 dollars (depending on the colors which are Brass, Copper and Black Copper).

We will see if the price will stay in this range or if it will go down, but 70 dollars for the Trishul V2 semi-regulated, while the first version of the Trishul V2 is at 35 dollars now, that means 30 dollars just for the Chipset? Hey Hellvape, don’t you think you’re pushing a little?

But Hellvape’s products are always a little expensive at launch and then drop in price after a few weeks. For example, if it stabilizes around $ 50 or even $ 60, some people might be tempted to buy it. Because the finish of the Trishul V2 semi-regulated is quite impressive. The Switch is in permanent contact, so no problem for reactivity, the Top Cap has a spring system to securely fix the atomizer on it. On this point, Hellvape did a very good job.

Am I going to buy it? No, I’m not really into Mech mods. But if Hellvape is going through there and wants to send it to me, then I’d love to do a review about it.