The Smoant Ladon makes us dream of beauty and versatility with its superb mod and its tank with its RBA which supports coils and mesh.

The Smoant Ladon starts from a fairly simple idea by innovating it to offer a kit as complete as possible. Smoant is still a brand that I have always appreciated. I have his Cylon Box which is just beautiful and which still works as well after 2 years. He was the first to offer Pasito, a pod with a reconstructable base. Even if the result was mixed, because building the coil above was a nightmare (I used it only once).

This time, we have the Smoant Ladon kit which consists of a mod, a tank and an RBA base. The peculiarity is that the tank is a sub-ohm, but it has an RBA. Unfortunately, filthy fads of all manufacturers, the RBA is sold separately. But why the hell ? Add 5 or 6 dollars to the kit and integrate the RBA for God sake ! 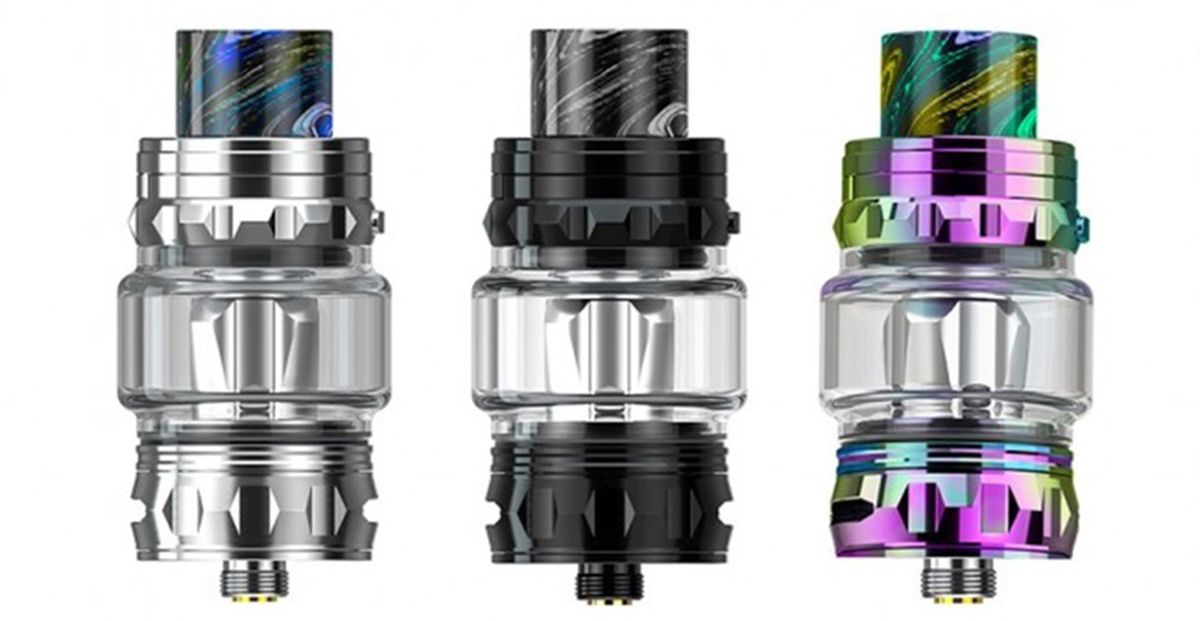 The Smoant Ladon tank is quite imposing with its 28 x 58.4 mm and its capacity is 4 and 6 ml, probably with a bubble tank. The design reminds me a little of Uwell’s Valyrian 2. There are 3 colors available with black, SS and rainbow. It has mesh coil in 0.15 and 0.16 ohm (the latter in double mesh). We have a Drip Tip 810 and a top filling. Nothing extraordinary so far knowing that Smoant is not known for the flavor of its tanks.

But the great innovation of Smoant is that it offers an RBA 2 in 1 that supports both single coils and mesh. I think it is the first to do it and it makes it possible to satisfy both those who love coils and those who swear only by Mesh. The deck will be completely removable to put the coil and the mesh. There will not be two trays according to the pictures. It seems that we have both the slot for the mesh and the two holes on the same piece. But it will have to be confirmed.

The downside of RBA

Frankly, I find it a good idea to give the choice with only one tank. Because with the Smoant Ladon, you can do anything. You can buy pre-made coils if you don’t want mess with coil building. However, you can use simple coils and if you want to put on mesh, then you can also do it. However, I see two problems, the RBA of this Smoant Ladon seems really very small to me. And this is a real concern for beginners.

As the RBA integrates into other pieces, then the deck itself makes it difficult, if not impossible, to put large coils. And it’s an aery tank, therefore, a little contradictory. But without further testing, difficult to decide for the moment. And above all, we have not forgotten the disastrous experience of the Pasito with its disgusting deck where it is a nightmare to build anything. With the RBA Smoant Ladon, it seems that we have a much simpler, classic style deck.

As I said, Smoant is best known for its boxes. The Battlestar has become legendary for its reliability (and it is still on sale). I have the Cylon with its leather and plastic coating. We also got the Naboo. Only beautiful things ! And the Smoant Ladon box is no exception to the rule. We have a coating based on Zinc and the central facade is entirely in leather. The brand says that it is a leather that resists wear even if that of my Cylon does not confirm this statement.

The box is very compact, it can be held in one hand. 2 batteries in 18650 for a maximum power of 225 watts. The chipset is ANT which is not the best known, but which has good reliability. Smoant claims that this chipset has an “AI” that automatically regulates the box.

No, it’s just that it offers a certain power depending on the coil you have installed. The box is available in black, SS, rainbow and red-black. It remains classic, but the design is really worked as with all the boxes of the brand. It is charged by USB Type-C, even if it is always necessary to use an external charger. The Box alone is worth the purchase if you don’t like the tank or its RBA.

How much does it cost ?

Smoant is not known to break prices, given the quality of its products. On FastTech, I saw the complete kit at 49 dollars and add 11 dollars more for the RBA. So the total comes back to you at 60, 65 dollars with shipping costs, etc. It’s not the cheapest, but we have a very good kit and the innovation of the RBA, regardless of its real effectiveness, deserves the price.

We all rushed to the Pasito at the time, so why not for this one ? Even if I feel mixed about this thing of combo with the coil/mesh together. On other sites like Sourcemore, the kit is at 71 dollars and we must add the price of the RBA.