The Rincoe Tix Pod lets you vape in MTL or DL ​​in a a very compact format. Rincoe brought us some great things, including the Mechman 228W kit with its beautiful design. And like all brands of vape, he surf also into the pods wave. The Rincoe Tix Pod draws heavily on the Mechman. I was impressed by the pod style. It is a zinc alloy, PC and IML. We are not in low-end plastic and it’s really nice.

We find the similar designs on the Tix Pod than on the Mechman kit. On the facade, you have stickers of the American flag, British, but also those of a skull, flames, a galaxy, the sky or simply black carbon. Personnaly, I have the version with the American flag and it’s very beautiful.

The Rincoe Pod Tix is a pod that is very compact, fitting in the palm of your hand. It supports coils in 1 ohm for MTL and in 0.8 ohm in Mesh for the DL. The coating of the pod is in metal and the whole set is very well made. 21.51 $ on Sourcemore with the TPK coupon.

21,51 dollars on Sourcemore with the coupon TPK 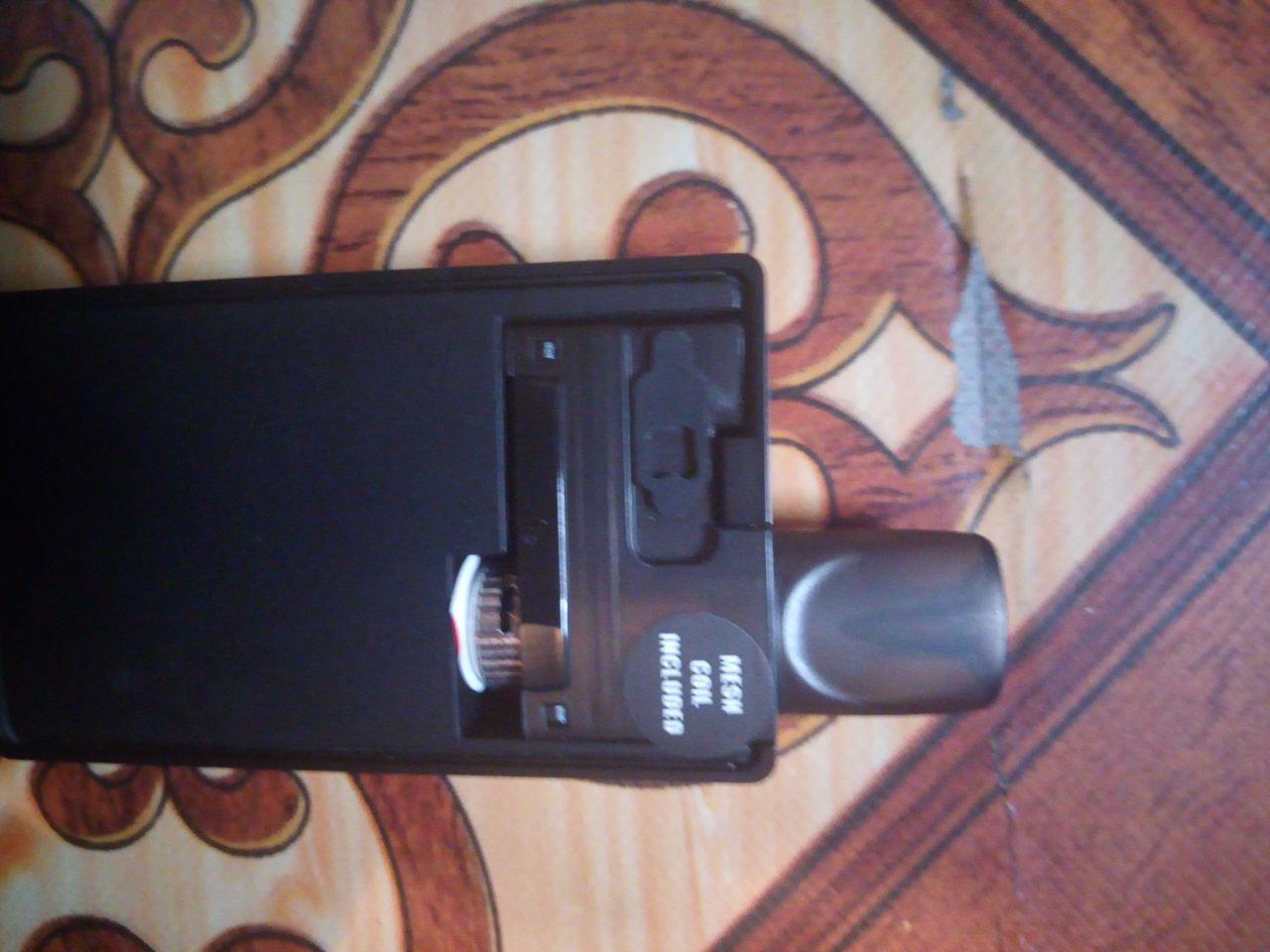 And the panel is magnetic. It will easily recover and the bindings are very well made. For me, the boxe of the Tix Pod and its coating are very good points. Rincoe believes that the Tix Pod may be suitable for MTL and DL vape. It provides two coils, the first pre-installed of 0.8 ohm and the second in 1.0 ohm for the MTL. At the bottom of the cartridge you will have an Airflow to adjust it as needed.

Some hiccups on the cartridge

If you want to replace the coil, you must remove the cartridge by pushing the Drip Tip down and pulling the cartridge on its side. It’s a bit difficult the first few times and sometimes I had to use a screwdriver. It would have been better to propose a kind of fixation to remove the cartridge. Then you must unscrew the Airflow on which the coil is mounted. You unscrew it and replace it. 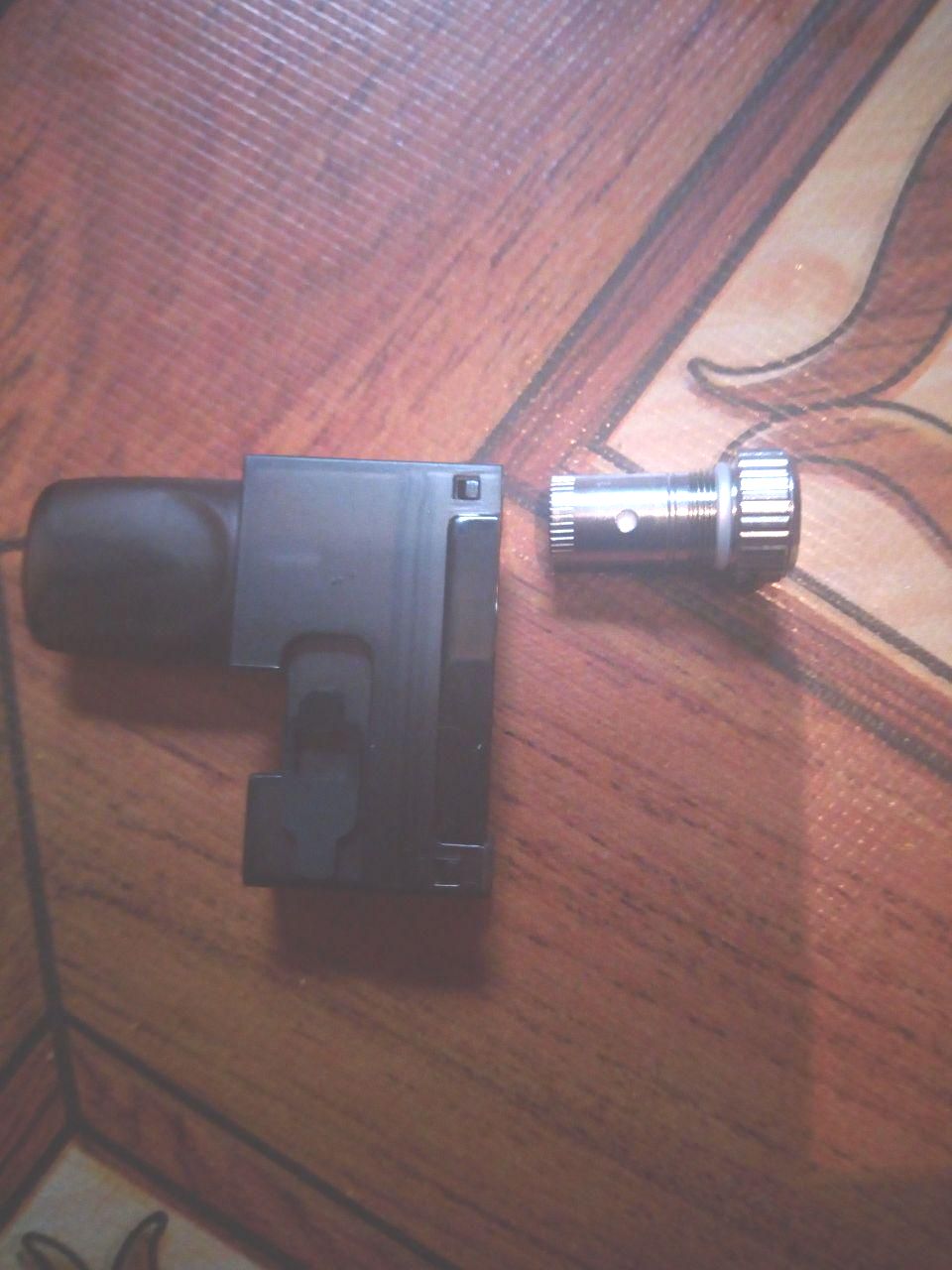 For the filling, I had a little trouble. Like an idiot, I tried to fill it by the small hole by pulling a little on the rubber band. In fact, you must remove all the rubber band to see a good filling hole. 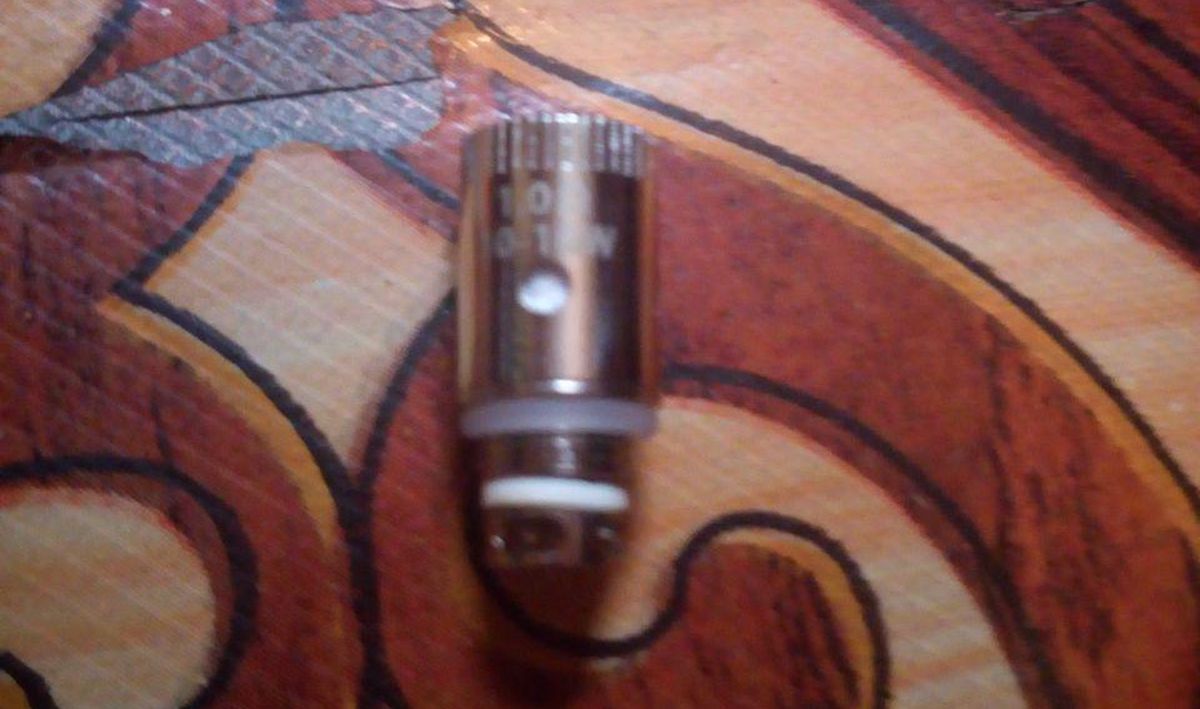 It will tilt the cartridge to fill it thoroughly. The Rincoe Tix Pod has a capacity of 2 ml. This is not a reproach to Rincoeo, because many brands use a piece of rubber. But it would have be better to use something stronger. When one fills, it can leak and frankly, it is not the most comfortable. But we can hope that they will improve it in the next versions.

The Rincoe Pod Tix is a pod that is very compact, fitting in the palm of your hand. It supports coils in 1 ohm for MTL and in 0.8 ohm in Mesh for the DL. The coating of the pod is in metal and the whole set is very well made. 21.51 $ on Sourcemore with the TPK coupon.

21,51 dollars on Sourcemore with the coupon TPK

The features of the Rincoe Tix Pod

The Tix Pod has a battery of 1000 mAh and it’s really nice, because it can last a day in MTL. I also like the settings of this pod. 5 clicks to turn on the pod with the Fire button, who is prominently on the front of the Rincoe Tix Pod. Then you adjust the power with the Mode button on the side. Frankly, I appreciate that attention. Many pods put all the settings on one button. 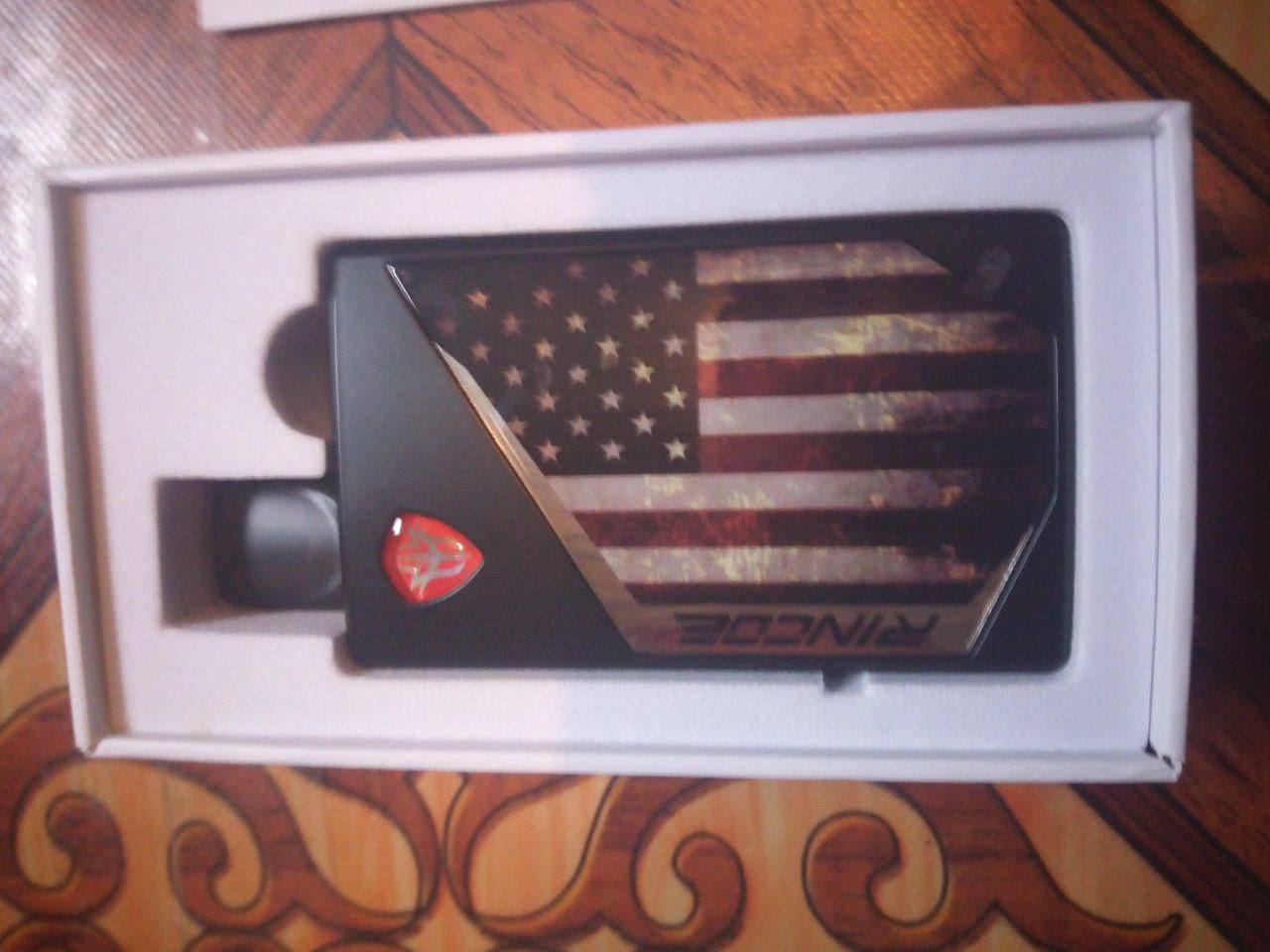 How is the vaping with the Rincoe Tix Pod?

I know the MTL very well and I would say that the Rincoe Tix Pod offers above average results. This remains a pod and the plastic cartridge is not ideal for sublimating flavors. But we will have the shot of nicotine even if the Hit is weak. One thing I noticed with the Rincoe Tix Pod is that adjusting the Airflow is a bit of a hassle. It can not be done when the cartridge is fully closed. And opening the panel will not suffice. 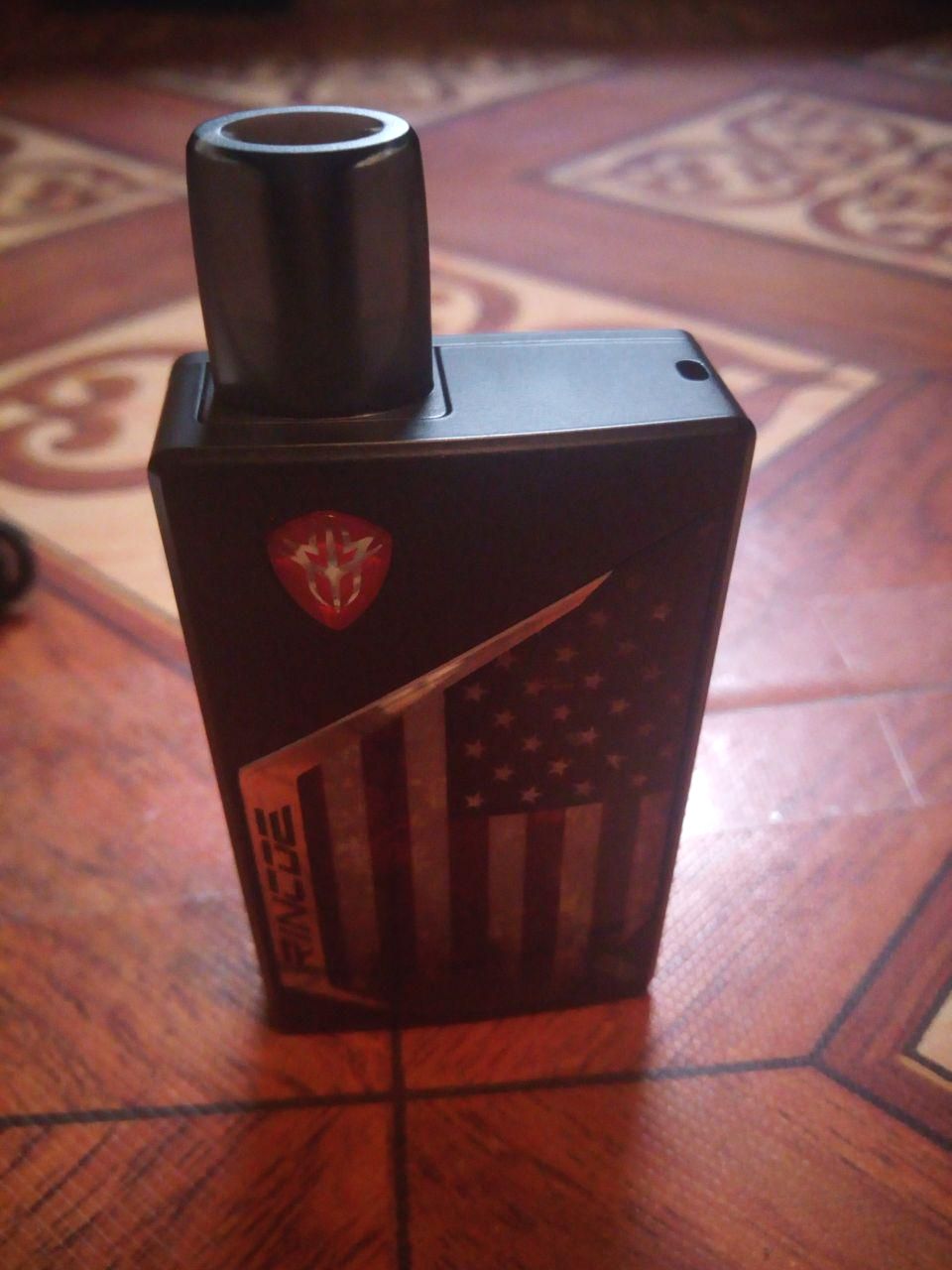 It will take out the cartridge to turn the Airflow at ease. And this pod does not offer pure MTL. Even when opening the Airflow just a little bit, I feel that the draw is more aery than other pods or clearomizers that I have already used. But once again, it’s really good, and the Tix Pod is still a good choice in general. I do not know if it is compatible with other coils or it will be content with that proposed by the brand. Another good thing is the drip tip. This kind of duck-billed style of the drip tip make tip very comfortable.

Some improvements needed in future versions

Clearly, the ergonomics of the cartridge will have to be improved. On the one hand, we need to be able to clear it quite easily. And avoid the rubber band for filling. It’s better that we can directly fill from the bottom and screwing the turn, as on old clearomizers.

Where to find the Rincoe Tix Pod?