Augvape’s Druga RTA review : The beauty of the simplicity


The Druga RTA is intended to be a simple, accessible and affordable RTA. Good little surprise of 2020, it’s time to do a little review on it.

The Druga RTA continues to ride the demand for single RTA. We remember that at the start of 2020, a time that it was hard to imagine today, Hellvape’s Destiny was in the headlines and everyone said it was exceptional.

In the course of 2021, Augvape released the Druga RTA, which was inspired by the RDA of the same name which had received overwhelmingly positive reviews. Obviously, thereafter, we have some other excellent single coil atomizers, in particular the Supreme V3 from Steam Crave, but the Druga wants to appeal to all types of vapers, especially beginners.

Even when you open the box, then you realize that the Druga RTA has gotten to the point. There is almost nothing in the box other than the atomizer and the pyrex bubble. For the capacity, we have 2.4 ml as standard and 3.5 ml with the bubble.

We have two Cyclops airflows on each side and the deck is amazingly simple. In terms of dimension, it is 24mm in diameter for a height of 29mm. It’s a small atomizer like a Dripper with a tank mounted. The filling is done from the top with a quarter turn on the top cap. The Drip Tip is an 810 and I find it a bit too large for the design of the atomizer.

A single coil RTA to put in all hands

Build and wicking are very easy. The deck can accommodate coils with reversed legs or both pointing in the same direction. The design is very solid and the finish is really well thought out. For the coils, I would advise you to put a diameter of 2.5 mm. You will be able to install a 3mm coil without too many problems, but you will have to worry about overheating compared to the design of the atomizer. 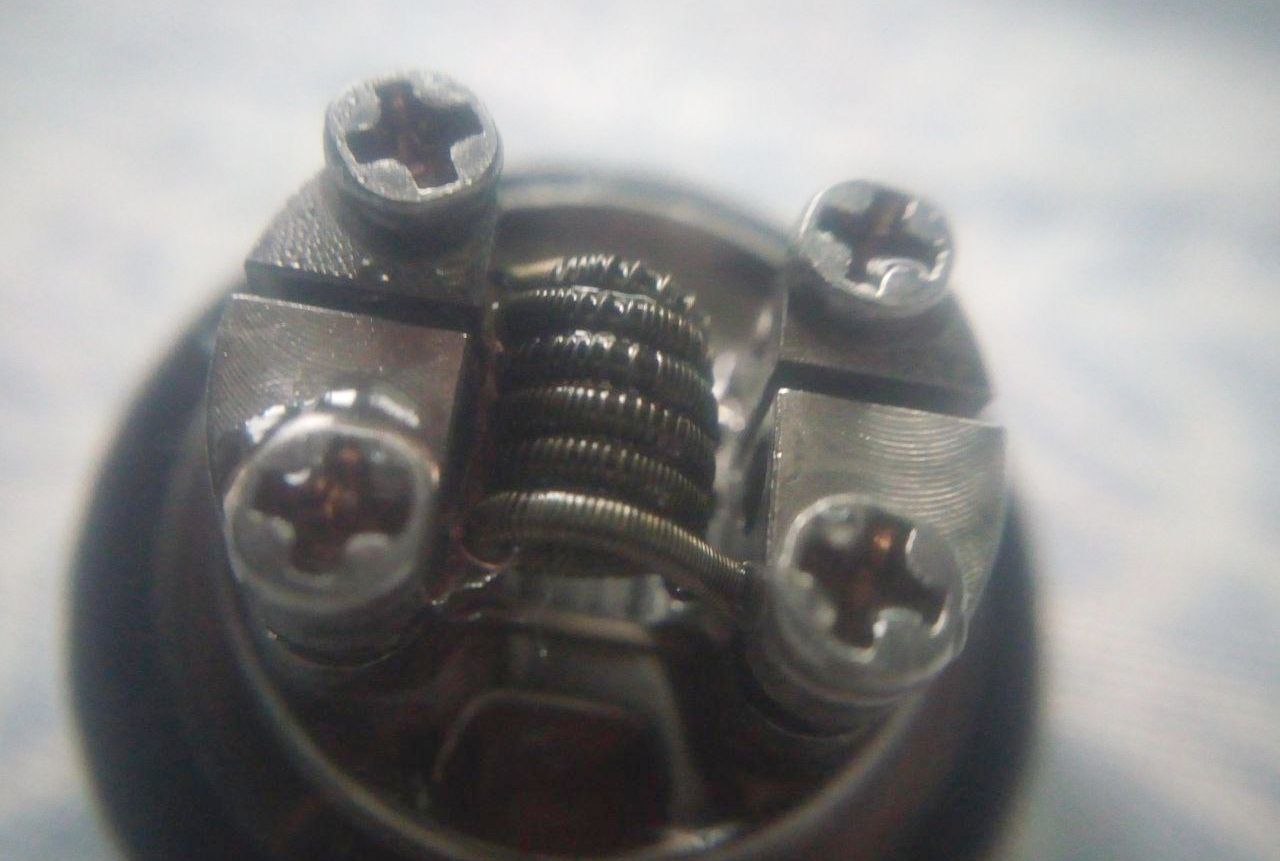 For the cotton, you simply put the cotton in the wells on each side of the deck. Make sure you put the cotton on until you can see it through the airflows. Otherwise, you will leak, but don’t push the cotton in either. If there is a gap in the tank, then you will have leaks while filling. If it’s too stuffy, the liquid won’t moisten the cotton enough and you will get dry hits.

Is Druga RTA too airy?

I tested it for a few days and the flavors are excellent. Obviously, when you use the Supreme V3 every day, it doesn’t feel the same at all. However, we will come back to the Drip Tip and the type of deck that accompanies the Druga RTA. On the one hand, the Drip Tip is a bit too big for my taste compared to the size of the chimney which is supposed to enhance the flavors. 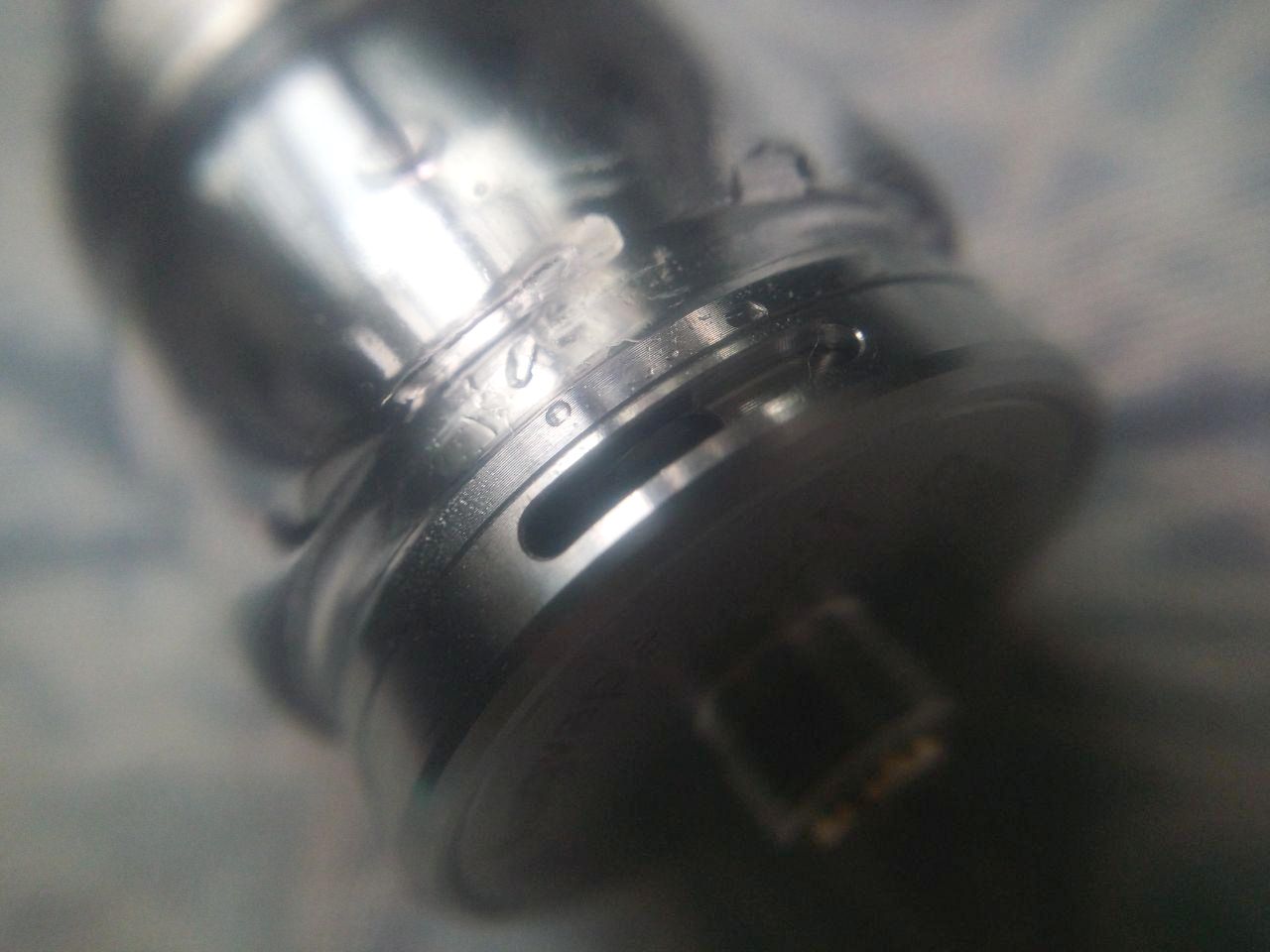 Of course, you can restrict the draw with the airflow and there you are limited by the coil. So, in my first build, I put a 3mm coil and when I closed the airflows in half, I had better flavors, but the vape was very hot. I think it’s related to the Drip Tip which is too disproportionate.

However, these remain details and overall, Druga RTA is doing his job. This is an RTA that does not require any particular mastery and I could give it to a vaper who is new to rebuildable. You just have to pay attention to the diameter of the coil that you mount on it and take care of the cotton and you will never have a problem.

It’s also not the best RTA as some reviewers have said. Again, the flavors are more than correct. But it’s the whole thing that makes the Druga worth a try. Everything is done for simplicity. Very easy to build and wick, no complex functions, just an atomizer that does its job well.

And especially its price, you can find the Druga RTA around 20 to 25 dollars on Chinese sites. In Europe, it is around 30 euros. For such a price, it does its job well. Another bad point I would give it is the capacity. I think we have to stop these stupid 2mls and go to 4, see 5ml.

The 2 ml to respect the TPD is necessary, but dear Augvape and other brands of vape, make sure that the bubble contains at least 5 ml. Because we have to face it, the Druga RTA is an aery atomizer which means that the tank is emptied very quickly with such a low capacity.

The Druga RTA is intended to be a simple, accessible and affordable RTA. Good little surprise of 2020, it's time to do a little review on it.