Among the best MTL RTA of 2022, we are famous names such as Siren 2, Brunhilde MTL or Galaxies.

The best MTL RTA is very difficult to determine these days. Despite the surge of MTL in 2019 and will continue in 2020, each brand has released its MTL. Sometimes, by simply reducing the atomization chamber, but in other cases, we had a complete overhaul.

How to determine the best MTL RTA?

Despite the abundance of models, we find the same names on most sites. This is my ranking of the best RTA MTL which is only those I own or have tested. It’s impossible to test all RTAs in MTL on the market because we have much to care than testing all the shits coming in the market.

The Siren 2 by Digiflavor

I see the confirmed vapers, rolling their eyes and saying: Captain, obvious! But this list is not numbered. So, there is no TOP, but just RTAs that stand out clearly in the MTL. But I would still put the Digiflavor Siren 2 as the best MTL RTA. It was released in 2017 and therefore, it is still part of the best RTA in MTL in 2019. But why?

It is clear that we can find better in flavor. But flavor is not the only criteria. You have a whole product with ease of build and wicking, filling, finish, etc. And the Digiflavor Siren 2 ticks all the boxes. We are in 2019 and I do not know a RTA that is as versatile as the Siren 2. Because with a single ring, it allows you to use the 3 airflows found in RTA. One hole for an ultra-tight vape, several holes for a less tight vape and finally, the cyclop for a restrictive direct vape.

That is to say that with only one RTA, the vaper can go from MTL to DL if it wishes. You can search, but you will not find this versatility. I bought my Siren 2 in 2018 and it worked every day without ever having any problem. No leak (if you master the wicking), a marvel of ease.

The Siren 2 will remain the Siren 2. And beware, Digiflavor has been swallowed by Wotofo, so I do not know if it will be produced in the future. So, if you do not have one, buy it, it is one of the essentials in the MTL kingdom. I used it non stop for 12 months and I recently replaced it with the next one in the list.

The MTL Galaxies of Vapefly

Released in 2018, the MTL Galaxies gave us a glimpse of what would become Vapefly, namely, one of the brands that rising in the vape sector. The Galaxies MTL is one of best MTL RTA because gives excellent flavors and its main innovation is its Airflow which is done with star wheels on each side. So you have two independent, single-hole Airflow that you can open according to your needs.

The Galaxies is the best RTA MTL because it makes the vape tight in its pure state. However, star wheels are not necessarily to everyone’s taste. Because they tend to turn when we unscrew the top cap for filling. Then, the Galaxies’s wicking is very punitive.

Even with a perfect wicking, I got leaks by the airflow and I’m not the only one having this problem. So it is harder to master, but the flavors are clearly present. And we have a quality finish very neat with screws of very good quality. And it does not cost a fortune, because it can be found around 25 dollars.

It’s not my fault! Vapefly is doing very good stuff. The Brunhilde MTL was released in the last months of 2019 and my dear, what a success! Note that it is an RDTA with the deck above and a tank below. Its particularity is that there are metal rods which come to draw the liquid like on Corona. But the Corona costs 150 dollars while the Brunhilde costs around 50 bucks.

The quality is insane whether it is the screws or the deck. The Airflow is done with screws that are fixed on the deck. There are 6 available with different diameters. You also have an Airflow outside, not adjustable. The filling is also well thought out since it is enough to turn the Top Cap. The Brunhilde MTL has become my favorite atty that it has replaced my Siren 2 and it’s not any compliment. I said that the Siren 2 had also replaced my galaxies, but it’s more complicated.

I have a very fragmented vaping. Most of the morning, I am on highly nicotine doses. I use pods and galaxies MTL which is very good. In the meantime, I’m also vaping on the Uwell’s Crown 4. And the afternoon, for a cushy vaping, I used to be on the Siren 2. Brunhilde MTL, for the moment, replaced this part of my vaping. But I think that the Siren 2 will replace the galaxies, just for ease of use, but we’ll see. The Brunhilde MTL is a bombshell of flavors and the finish is really beautiful. So, no surprise that many think that he’s one of the best MTL RTA and for many years to come in my opinion.

The Precision MTL from BD Vape 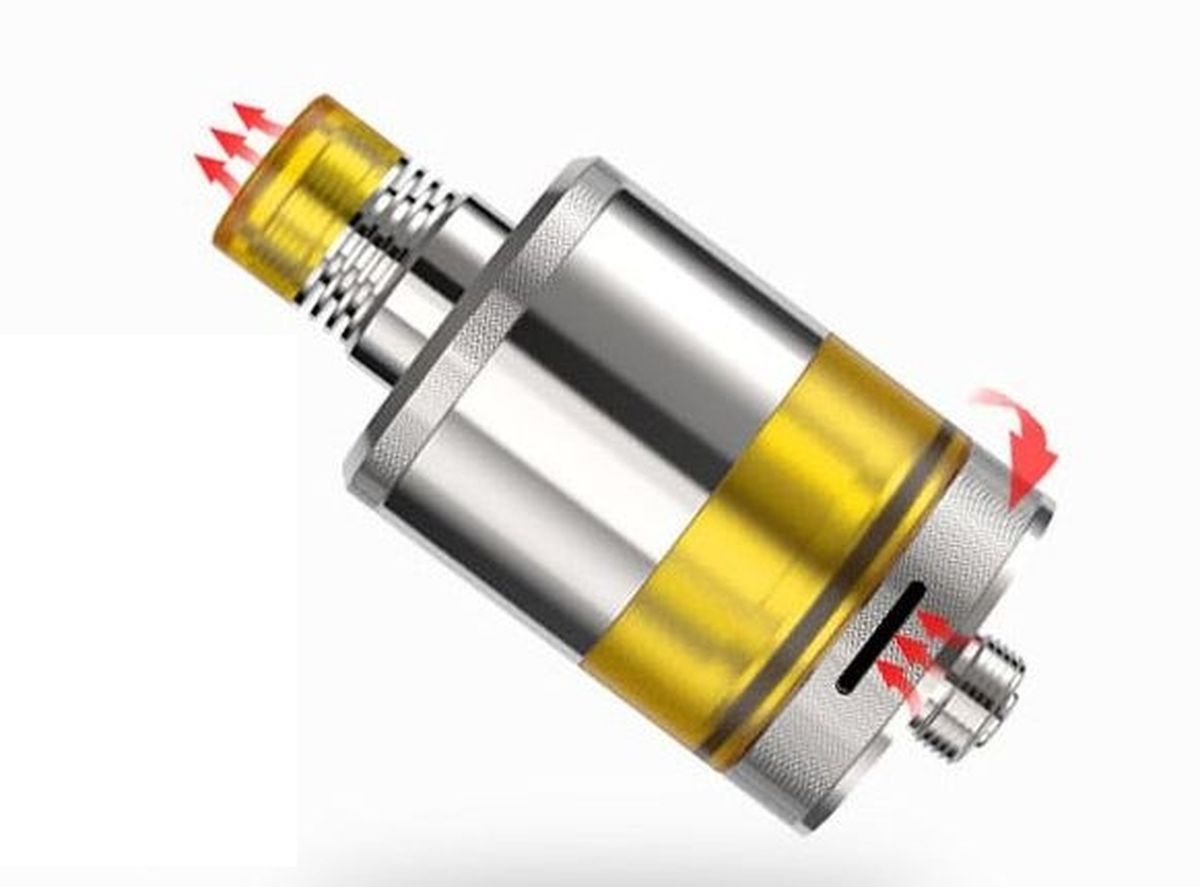 The Precisio MTL made the headlines about when he came out. I do not own one, but I was able to test it for a few days. It is made by BD Vape which is the High End branch of Fumytech. He is the best RTA MTL, but with a lot of if. One of the things I noticed is its vaping is pretty aerial. It does not express itself properly on strongly nicotine liquids. But it’s my impression, because other reviewers feel that it is more versatile by playing with the power.

Another appreciable thing of Precisio MTL is its quality of finish which quite exceptional. Once you know how to wick, you will almost never leak. The threading is butter and the price is affordable, around 40 to 50 euros in Europe.

However, I would not replace a Brunhilde or a Galaxies by the Precisio. It’s just a matter of taste. Some consider it as the best MTL RTA of 2019. I find it more interesting on the direct restrictive vape.

My greatest joy and disappointment. For months, the Expromizer V4 was indestructible in my ranking of the best MTL RTA. But there are totally defective copies on the market and that is unacceptable on the part of a brand. I bought my first Expromizer V4 in a polished version. But he broke. Having a blind trust, I order another, this time, in black version.

The atomizer is unusable. Can not open the bottom of the deck except with a big pliers (after that, it will open more easily). But the Airflow ring is unusable because it stays fixed without turning. In short, copies of the Expromizer V4 have been so bad that some sites have removed it from their catalog.

But he remains one of the champions in terms of flavor. My advice, if you buy it, take it in a shop or a site in your country to be able to exchange it or to be refunded quickly if it sucks. I have had some nasty surprises with some vaping gear, but the Expromizer V4 will be the worst for me, because it is really excellent on flavors.

And that’s it, it’s my Top 5 best RTA MTL in 2019. Of course, there are many more and I could put the MD RTA Hellvape that can compete with a Kayfun Lite, the Ambitions Gate Mods . The year 2019 has been great in the MTL, but few innovations that are really interesting.

And you too, participate in this list by putting yours in the comments.