Dovpo Blotto RTA could be the best RTA in recent months. A breath of freshness in these months of heat wave in terms of heat and vaping. We have had tons of products in recent weeks. Lot of Sub ohm tank and pods. But the rebuildable such as Blotto is as rare as honesty in Washington. We had the THC Tauren One that offered a single coil RTA. But this time, Dovpo offers the Blotto RTA and the beast looks promising.

Blotto RTA offers a capacity of 2 and 6 ml. Building in single and dual coil. A good amount of flavors. A particularly versatile Airflow. Show his true power in double coils. $ 24.73 on Sourcemore with the coupon BLT.

Double and single coil for the Dovpo Blotto RTA

The Blotto RTA was developed by Dovpo and Sam Parsons from the Vaping Bogan youtube channel. It’s an atomizer that can make big clouds, but does not sacrifice flavor. The great strength of Dovpo Blotto RTA is that it can be used in Single and Double Coils. This offers great versatility for all types of vapers.

Many RTAs, like the Zeus X, plunge into the double coils bath and the brands often forget that fans of the big clouds are a minority by the vapers. In general, the majority will vape between 30 and 50 watts which is a perfect range for the Single Coil. And then, if we want to go up a bit, then we can use the same atomizer to test.

The deck of Dovpo Blotto RTA is just superb. Broad enough to put some exotic coils and liquid arrivals are consistent. This will allow him to express himself fully even to big powers. And then we have the Airflow.

The Airflow of Dovpo Blotto RTA is set at over 242 degrees. You have 2 rows of small holes to adjust your vape very precisely. Dovpo says the flavors of Blotto RTA are equivalent to that of a Dripper. Uh, we’re don’t go that far with this promise. 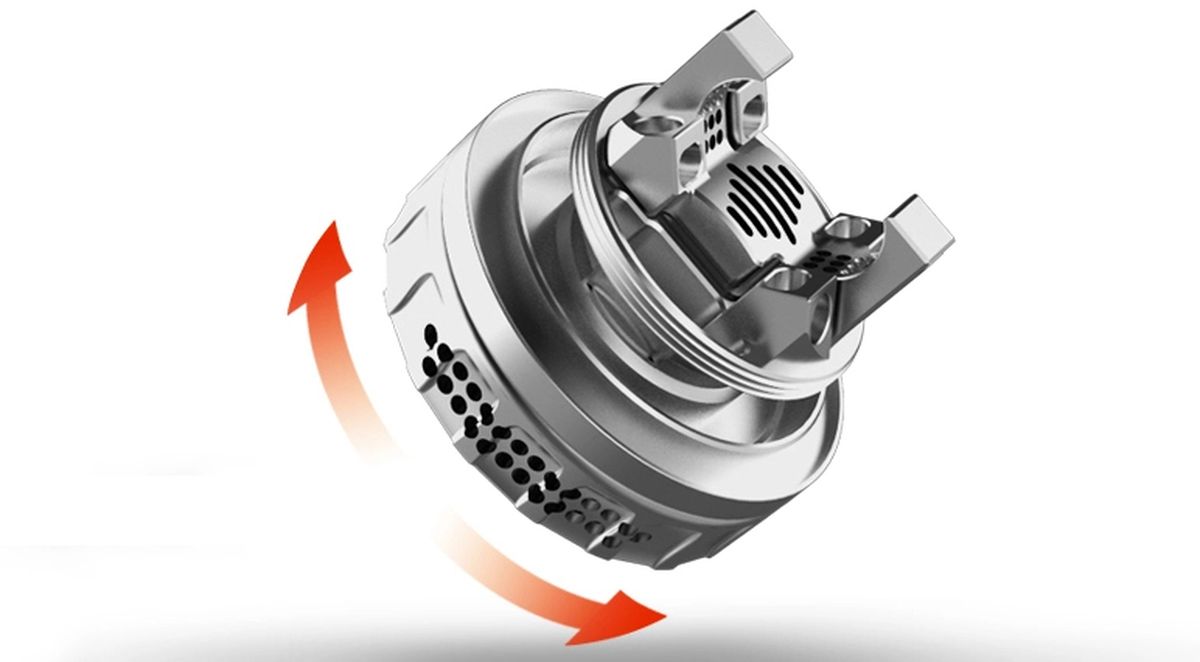 Since the atomization chamber is still substantial. So, the airflow will remain constant, but the flavors are just excellent. Although I am a big fan of MTL, it often gives me an irregular vape, especially on very custard liquids.

The capacity of Dovpo Blotto RTA is 2 ml with a straight pyrex and 6 ml with a pyrex in bubble ultem. We remain consistent according to the deck. If you are Single coil, you can settle for 2 ml and 6 ml if you make the big cloud which consumes obviously more liquids.

Blotto RTA offers a capacity of 2 and 6 ml. Building in single and dual coil. A good amount of flavors. A particularly versatile Airflow. Show his true power in double coils. $ 24.73 on Sourcemore with the coupon BLT.

We can expect a big success for the Dovpo Blotto RTA

On many criteria, the Blotto RTA ticks the right boxes. An Airflow worthy of the name. A very versatile deck, good capacity if you like the pyrex bubble. Dovpo has released very good products this year. The Topside BF which is one of the best on the market. The brand has also released the Dovpo MVV II, a semi-regulated mod. 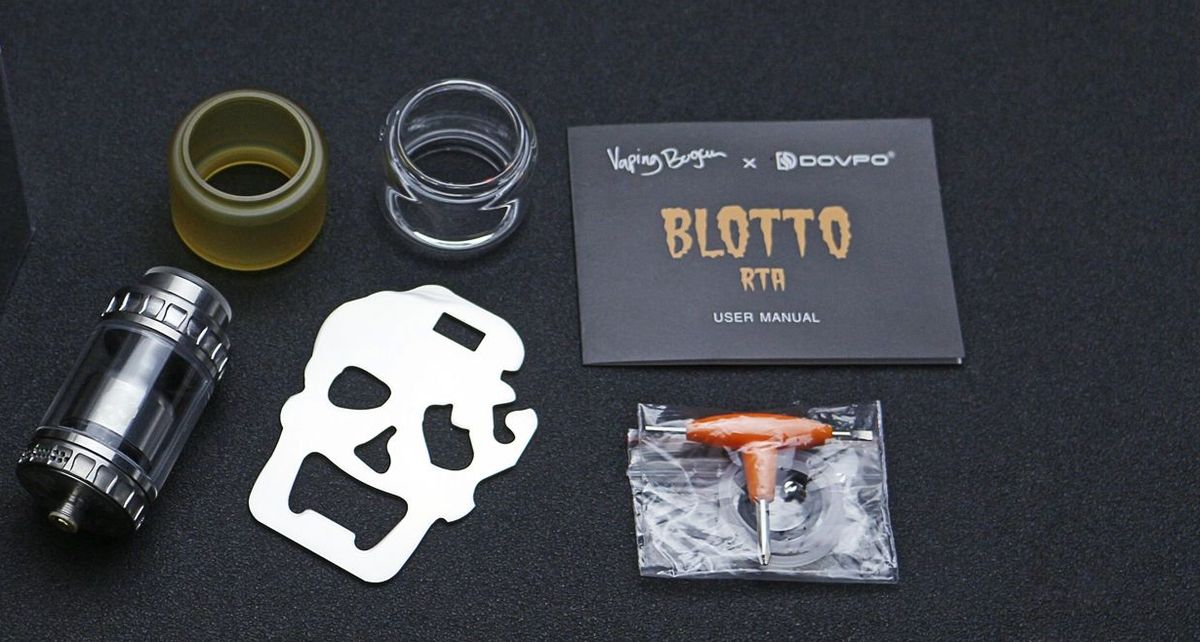 But I think it’s the first RTA of the brand. At one time, the brand had released Drippers like the Bushido V2 and the LQT. And for his arrival on the RTAs, we can say that Dovpo hits hard… at least on paper. The price of Dovpo Blotto RTA varies from 30 to 40 dollars and this is very acceptable given the undeniable quality of this atomizer.

Little bonus, in the accessories provided, we have an e-liquid bottle opener. Everyone knows that these damn bottles are more tight than Fort Knox. So, we have a kind of decapsulator provided by Dovpo, in shape of a skull, which will open your bottles very easy and it can also be used to for coil trimming tool. The Dovpo Blotto RTA is clearly in my Wish List that is starting to grow …

Where to find the Blotto RTA?