The Hellvape Fat Rabbit give us a clearomizer with small novelties. In recent weeks, the vape market has suffered a real sub-ohm tsunami. Geek Vape with his Zeus, OFRF with his NexMesh without forgetting the TFV16 and Valyrian 2. That’s the good plan. Unlike RTAs and RDAs, the vaper is forced to buy new coils each time.

And the manufacturers often justify themselves by saying that the fashion is in Mesh is that the rebuildable in Mesh is not yet developed. Even if we can swing a Kylin M Vandy Vape in their face to show that they are wrong.

But unlike all the clearomizers that come out, the Hellvape Fat Rabbit offers two novelties. The first is that it offers a double Air Flow, the first at the top and the second at the bottom. We do not often see this type of configuration. In others clearomizers, we have several airflow cyclops down. So, it’s both a good and bad thing. 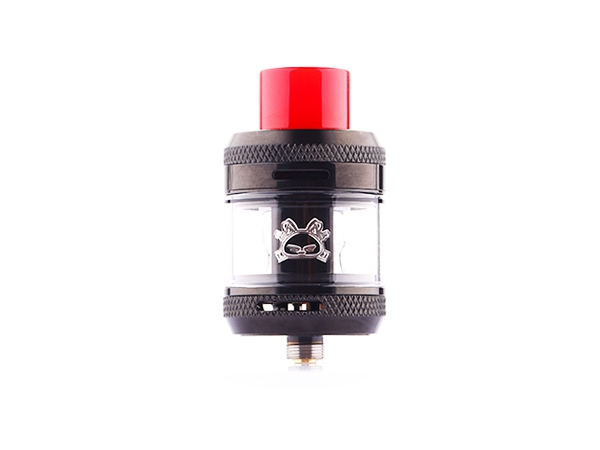 Both Airflows are in Cyclops. If they had put an Airflow with holes, then we would have had a true polyvalent Airflow system. We could even do restrictive DL, but that’s not possible. With these two Airflow, the Fat Rabbit can become very airy or a little restrictive.

And it will be necessary that Hellvape tests his products from time to time, because it proposes two coils in Mesh with Hellvape Fat Rabbit. Classic, but he dares to tell us that the tank can be used for MTL. The two coils are respectively 0.15 ohm and 0.20 ohm. Someone go to say to Hellvape that no, we can’t do MTL with 0.20 ohm… 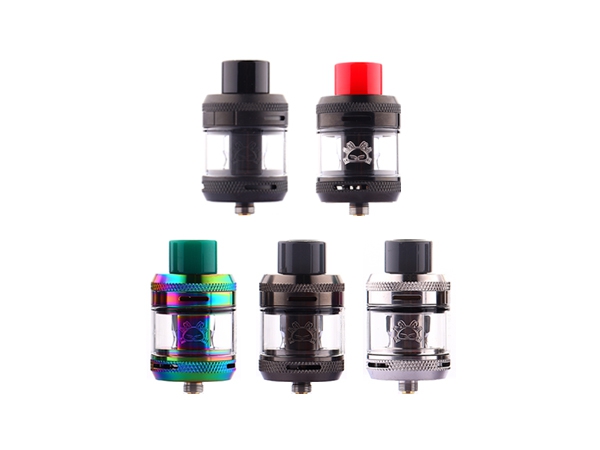 But the clearomizer have a good style. The design is really beautiful, the capacity is 5 ml with pyrex bubble and another pyrex for 2 ml. It’s pretty small and maybe I’m wrong, he can do MTL. Because if the Hellvape Fat Rabbit is aery as I think, the capacity of 2 ml is ridiculous.

Compatibility with a myriad of coils

Hellvape has always offered us good products with the Rabbit family. The Dead Rabbit in RTA remains one of the best in terms of cloud chasing. So, we can expect very good clouds with Hellvape Fat Rabbit. And where I’m happy with this clearomizer is that it offers its coil in OCC, a standard invented by Kangtech. 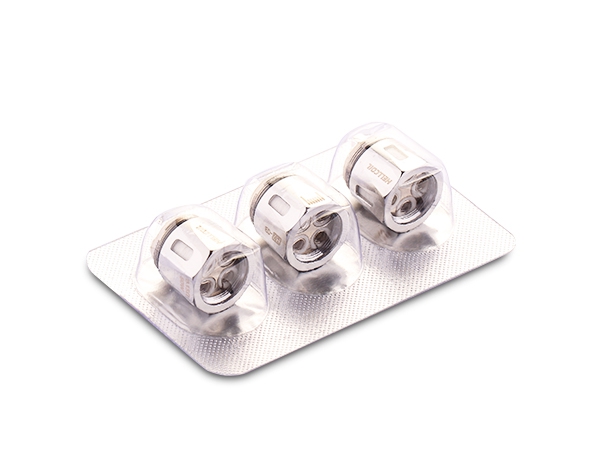 Hellvape confirms that Fat Rabbit will work with Smok’s TFV8 Baby Beast coils, Vaporesso’s GT, Geekvape’s Aero and many others. Because the Baby Beast is itself compatible with coils like Eleaf HW (for the Ello clearomizer). And it’s a thing that I really appreciate. I have no problem with the clearomizers, in fact, that’s what I use the most (greetings to my TFV8 Baby crumbling on all sides).

But do not take vapers for cash cows by creating each new coil, specifically for a single clearomizer. Create clearomizers every week if you want, but keep the compatibility of coils! So, this is a very good point for the Fat Rabbit and it could stand out clearly from the others.

Is the purchase worth it?

If you are fan of the Rabbit family, then you want to add it to your collection. Knowing that it is the first clearomizer of the range. However, I do not think this clearomizer would suit to me, because despite what the brand says, it is oriented for clouds. 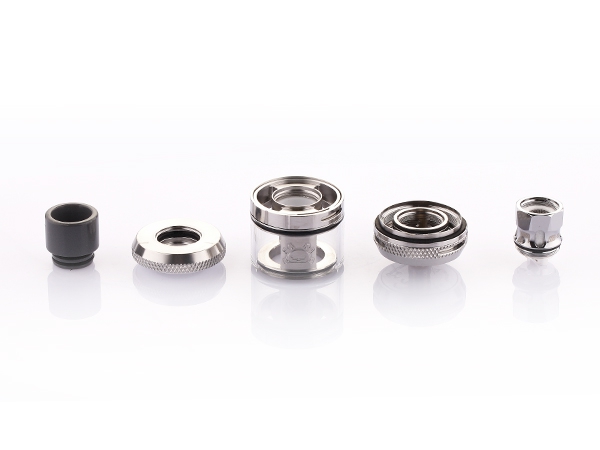 And even the face of the atomizer tells us that the grandpa vape, it’s not his thing. But the double Airflow is interesting and the compatibility of the coils means that you can use it for years. If Hellvape had just put the Top Airflow, then he would have had a clearomizer that would not have leaked. And he could be used by vapers in the range of 30 to 50 watts. For this one, it will start at 40 watts to shows all its power.