Steam Crave Glaz Mini MTL is one of the true MTL RTAs from Steam Crave that is best known for its big beasts. Did he succeed?

Note: Thanks to VapeCiga for sending me this RTA. You can buy it directly on their site.

Steam Crave Glaz Mini MTL keeps all its promises, but there is still some progress to be made. The MTL is clearly the main trend of 2019. And it will spread further during the first months of 2020. Every brand launch his MTL RTA and even Steam Crave arrives in the adventure. Steam Crave is known for its Aromamizers and its monstrous capacities that can go up to 10 ml. This is a brand where you have to go if you are a big cloud hunter. So, his arrival in the MTL left some fears.

The features of the Steam Crave Glaz Mini MTL

The Glaz range of Steam Crave is less well known. And its main feature is that its atomizer chamber is made of glass contrary to the metal seen on all other RTAs. This enhances the flavors and allows for a softer vape. 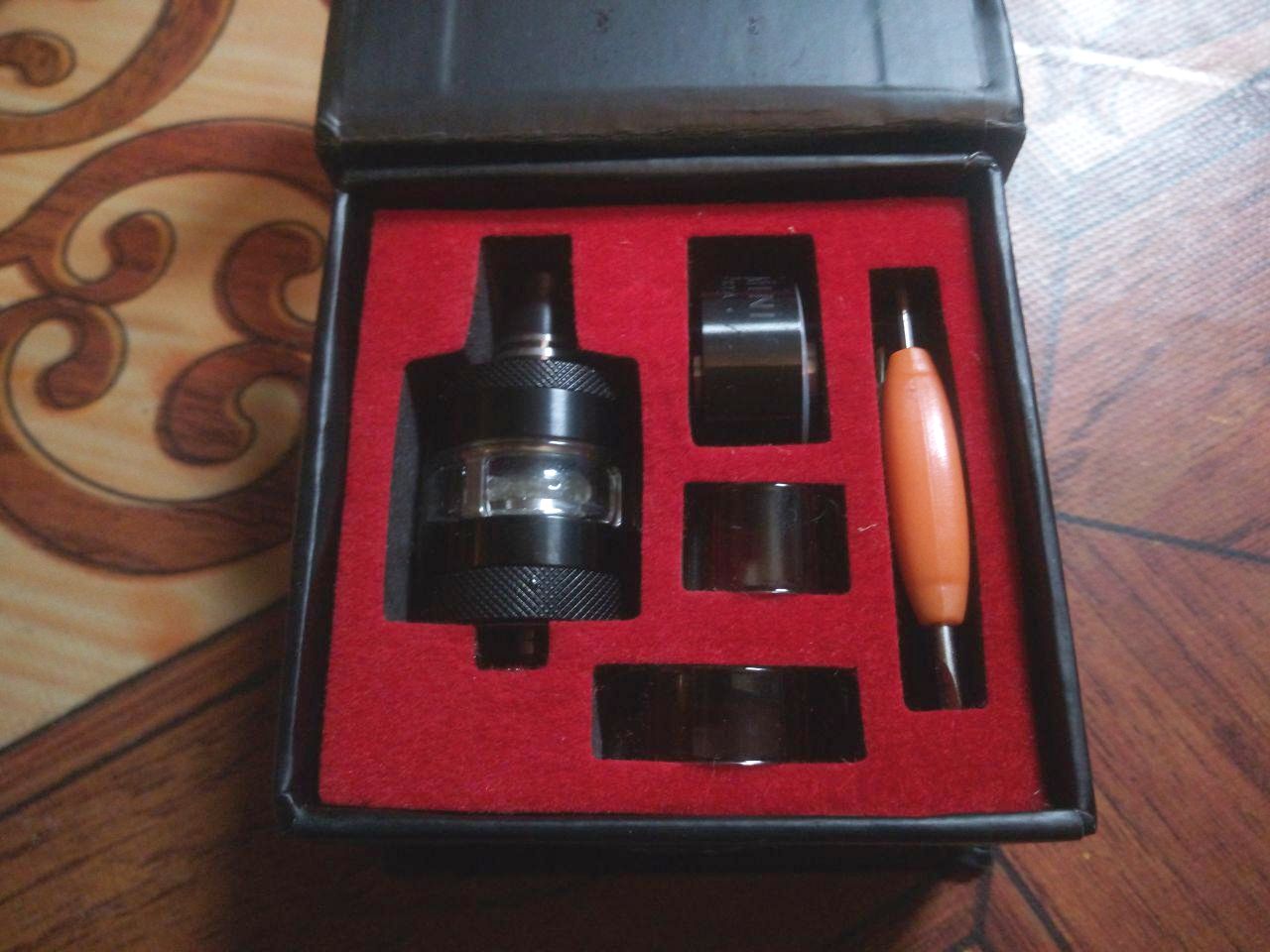 Steam Crave Glaz Mini MTL impresses with its small size. It is a adorable dwarf atomizer and we feel that the reduction of the chamber is for maximizing the flavors. A diameter of 23 mm for a height of 40 mm with the capacity of 2 ml and this passes to 49.6 mm if the 5 ml is used. And already, it’s a good point, because Steam Crave does not propose pyrex bubble for 5, but a extender.

But i have to say that the mounting of this extender is not very obvious (to be honest, I do not even know if I mounted it correctly). You unscrew the bottom of the atomizer, you remove the top cap and you screw the extender (which is directly supplied) on the central part in 2 ml. The thing is that the filling holes is on this central part and the extender also has filling holes. So you have kinds of double slots and it’s a bit of a hassle to line them up. 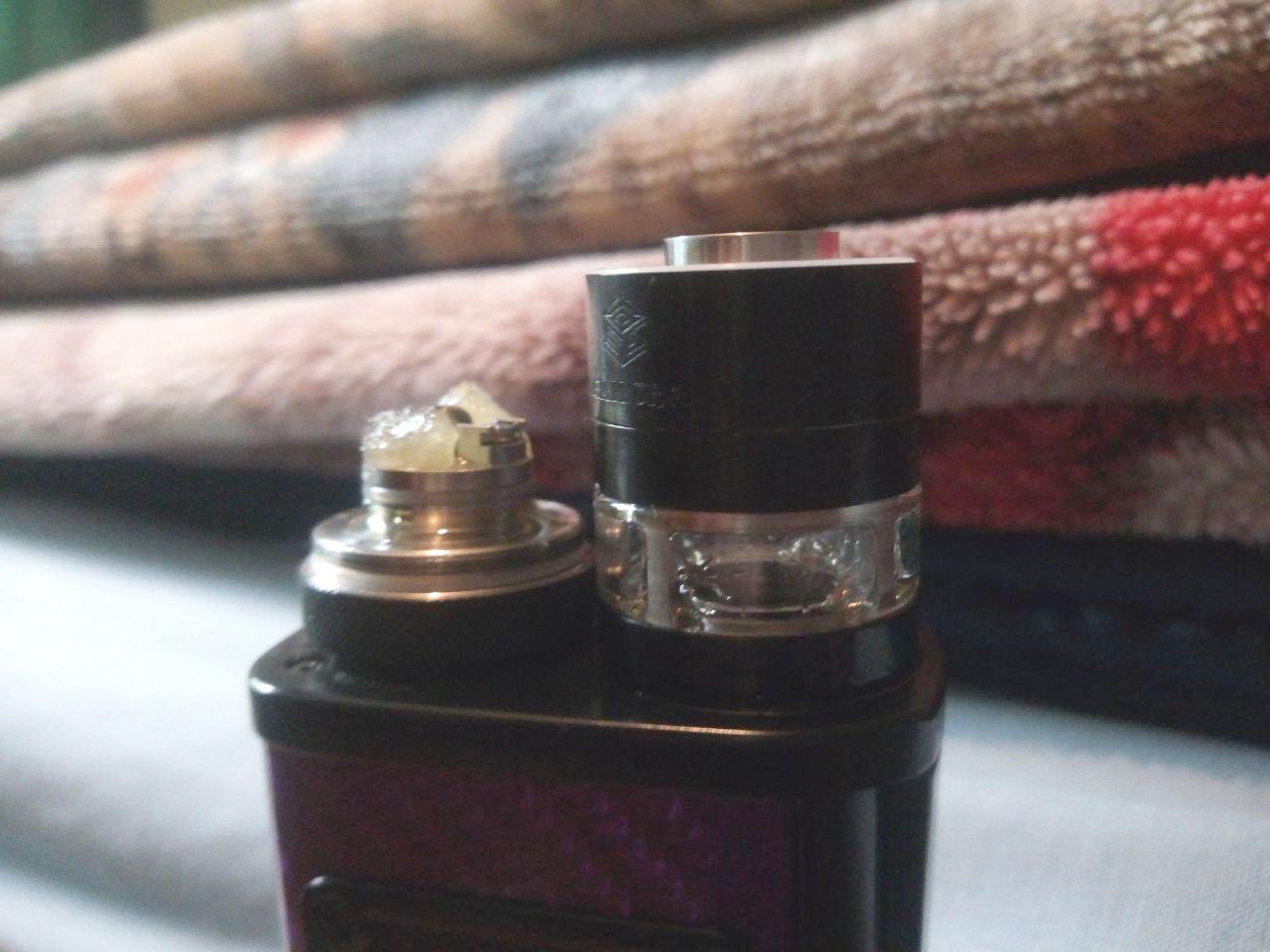 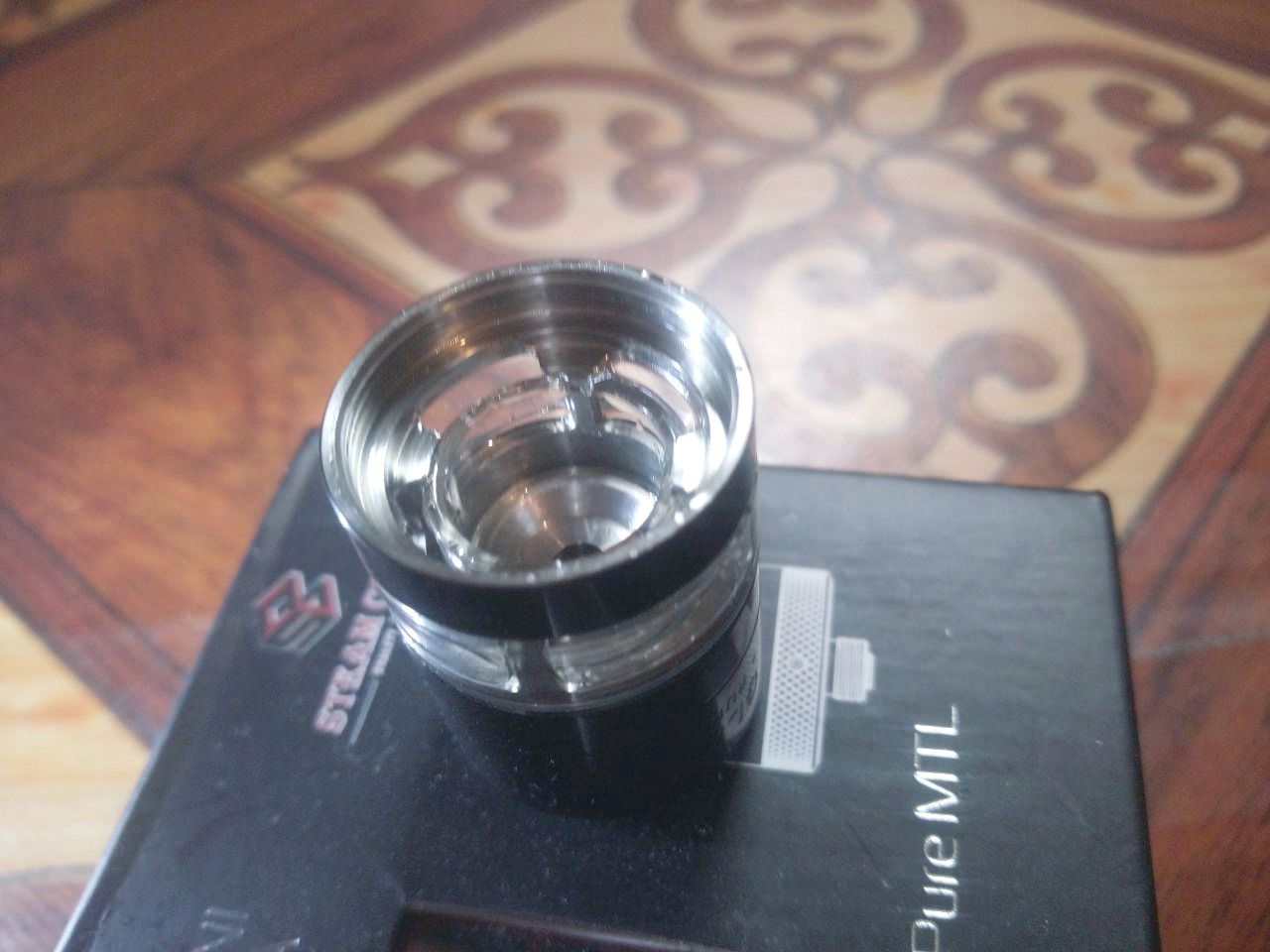 Wicking must be very precise

For my first wicking of the Steam Crave Glaz Mini MTL, I had dry Hits after some puffs. I have changed the wicking again and it goes a little better, but the flavors are less present. With such a narrow atomizer chamber, the quality of your wicking will determine if you will have flavor or not. In addition, as the liquid arrivals are very small, then your wicking need to be very aery. To be honest, I have not yet managed to find the perfect wicking. 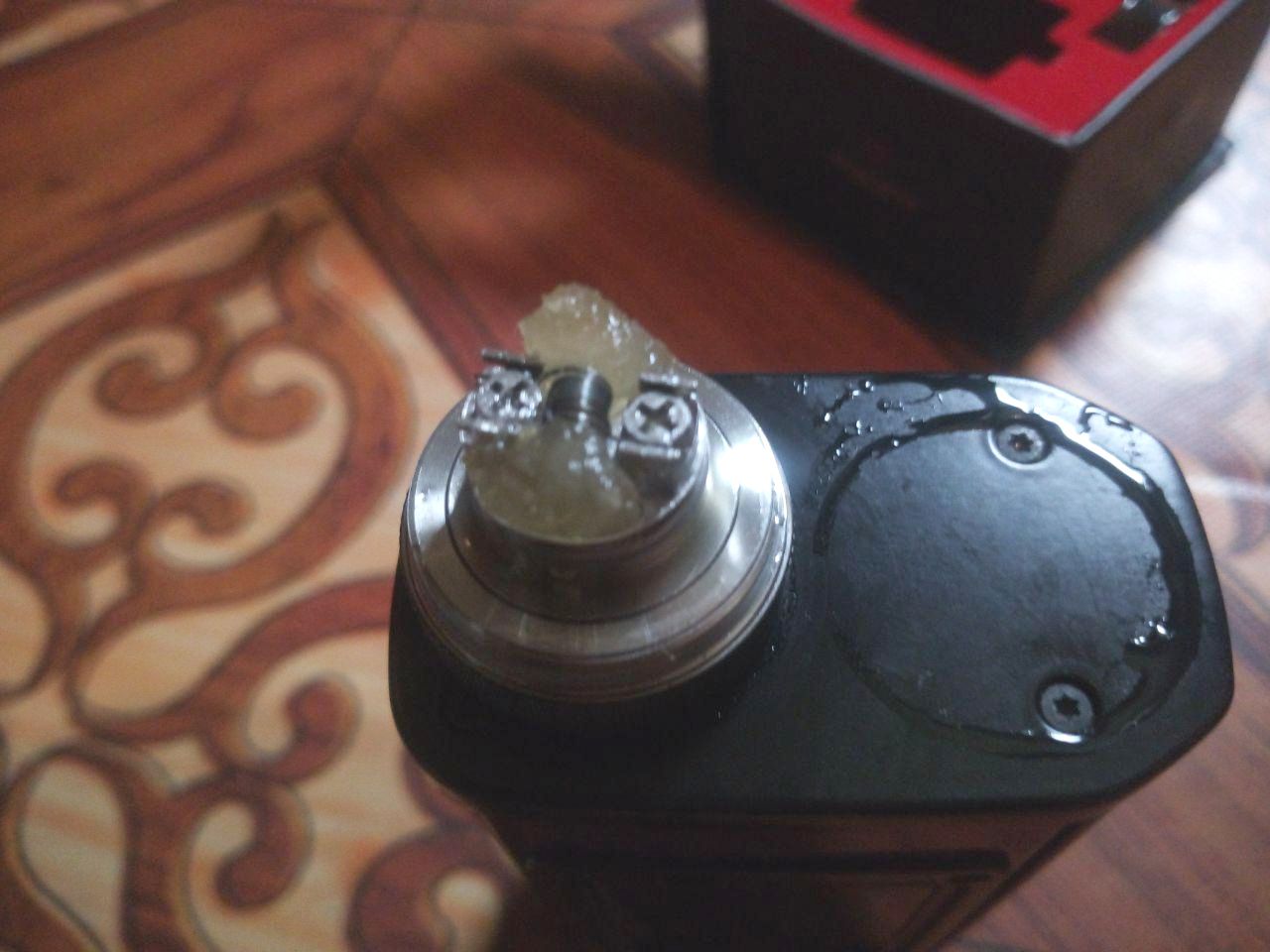 Regarding the other parts, the Airflow and the filling are pure happiness. The two rings, filling and airflow, have a striped pattern and are easily opened while being firmly in their position. The Airflow is made by a single hole that narrows or expands as and when. So we have a real MTL, without any possibility to make the restrictive DL. 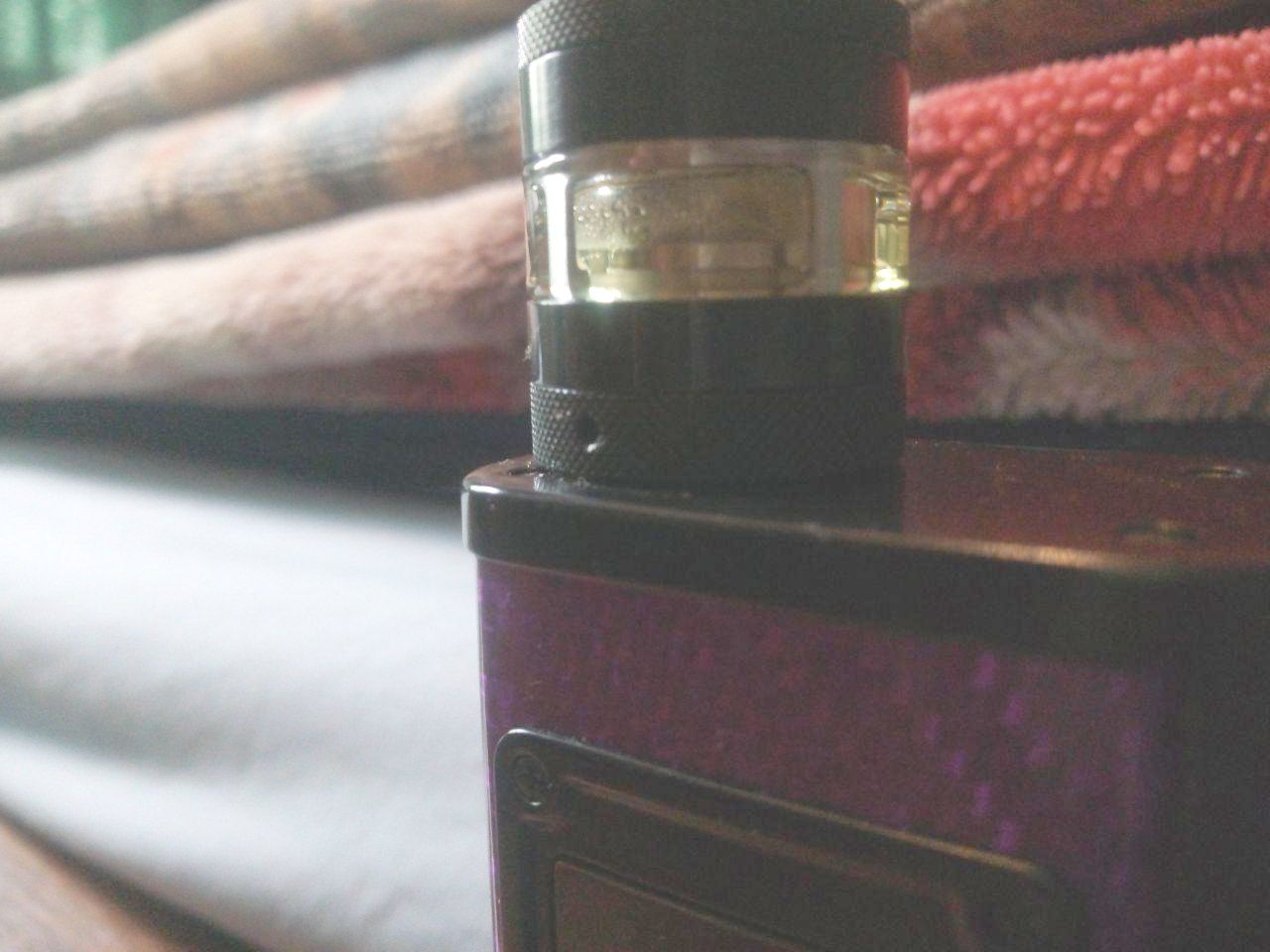 How is the vaping ?

And of course, the question for 1,000 Kayfun: How is the vaping ? Well, it depends on the wicking. At first, I had very good flavors with a good decortication of flavors. After that, it dropped a bit. In addition, it is not an atomizer where you can make the chain vape, because as the cotton must be light, it dries up quite quickly. I find him equivalent to the Galaxies MTL Vapefly, but the latter, I master it pretty well. 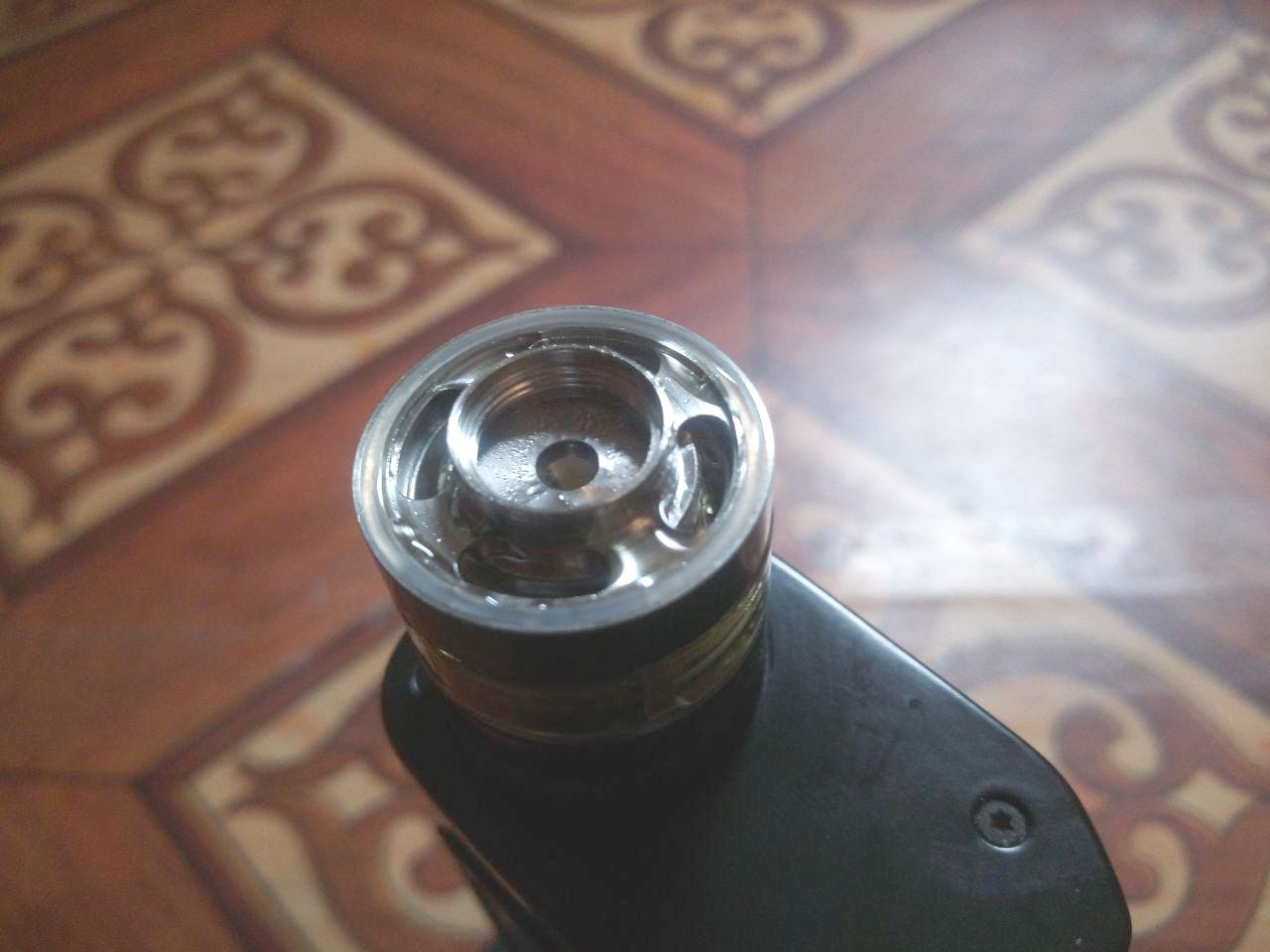 The Steam Crave Glaz Mini MTL can give excellent and even superior flavors, but this is not stable. On the other hand, the vape is very smooth thanks to its glass atomization chamber. In addition, the finish and hardware are superb. I almost had no leaks. Like all RTAs in MTL, you have to learn how to master it, but once it’s done, it will turn like a swiss clock.

Among the cons, I would first say this extender story is a good idea, but it needs to be better implemented. In addition, the o-rings are transparent and they are very loose. Be careful because they are almost invisible. But otherwise, the Steam Crave Glaz Mini MTL could be part of the top 5 RTA in MTL in 2019. This is a success for a brand that still begin in the MTL realm.

Where to find the Steam Crave Glaz Mini MTL?

In general, the price of Steam Crave Glaz Mini MTL ranges from $ 35 to $ 40. I thank VapeCiga for sending it to me for testing. Take a look at this RTA if you are interested. 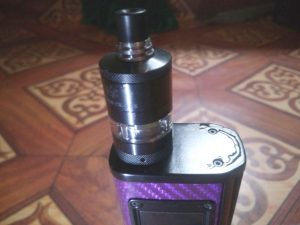 Steam Crave Glaz Mini MTL is one of the true MTL RTAs from Steam Crave that is best known for its big beasts. This RTA check every case. The extender is a good idea, but need some improvements. And the looseness of the O-Ring while being transparent can be a problem. But overall, it's a one of the best MTL RTA in 2019.