Hellvape MD RTA is a small bomb in the competitive realm of the MTL. Some compare it to a Kaifun in terms of flavor.

The only flaw in Hellvape MD RTA is its name. Easy to forget and you get the impression that the designers have chosen randomly his name in the alphabet. Hellvape is not just any brand, because it is at the origin of the Dead Rabbit whose version 2 makes a lot of talk about it. But no matter what reviews you read, it looks like Hellvape MD RTA is one of the best 2019 MTL RTAs.

The features of the Hellvape MD RTA

In terms of features, the Hellvape MD RTA is 24mm in diameter and 44mm in height with the Drip Tip in MTL. The capacity is 2 ml with the standard pyrex and 4 ml with the bubble pyrex. The filling is done by a sliding plug, which is locked by the Drip Tip. Already, it’s not bad and it can keep children away.

The Air Flow outside is done with holes of different diameters. We will have MTL up to a fairly restrictive DL. I find it quite versatile, because the last hole is a slot, looking like a cyclops. But he makes half of it. Some appreciate this versatility, but not that it does not go all the way.

If this slot had been a little larger, then we would have an atomizer both DL and MTL. However, versatile atomizers rarely hold their promise. The range of use of the Hellvape MD RTA is 75% for all MTL variants and the rest for restrictive DL. But it is his deck that is revolutionary.

The deck of Hellvape MD RTA

The deck of Hellvape MD RTA seems very classic at first. But then you realize that it is pivotable. 2 turntables are provided. The first is already installed in it. The first turntable has 3 holes and a slot. Obviously, only one of the edges will be under the coil. This allows you to have the airflow that you want. This first turntable is made for MTL, including the 3 holes and we will have a very tight draw. The slot lets in some air, but not much either. 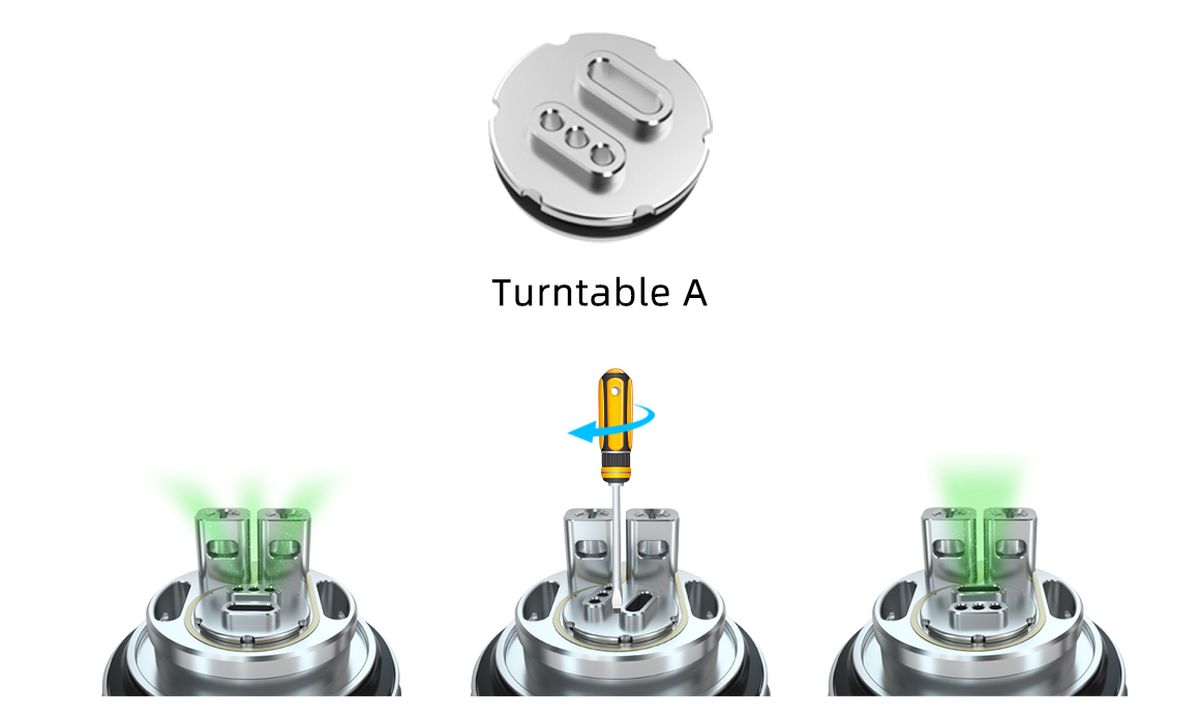 The second turntable that is provided in the packaging offers honeycomb holes and you will also have a wider slot. Here, we are in a more airy draw. You place the turntable directly on the deck and it is not fixed. And you can rotate it with a small screwdriver. 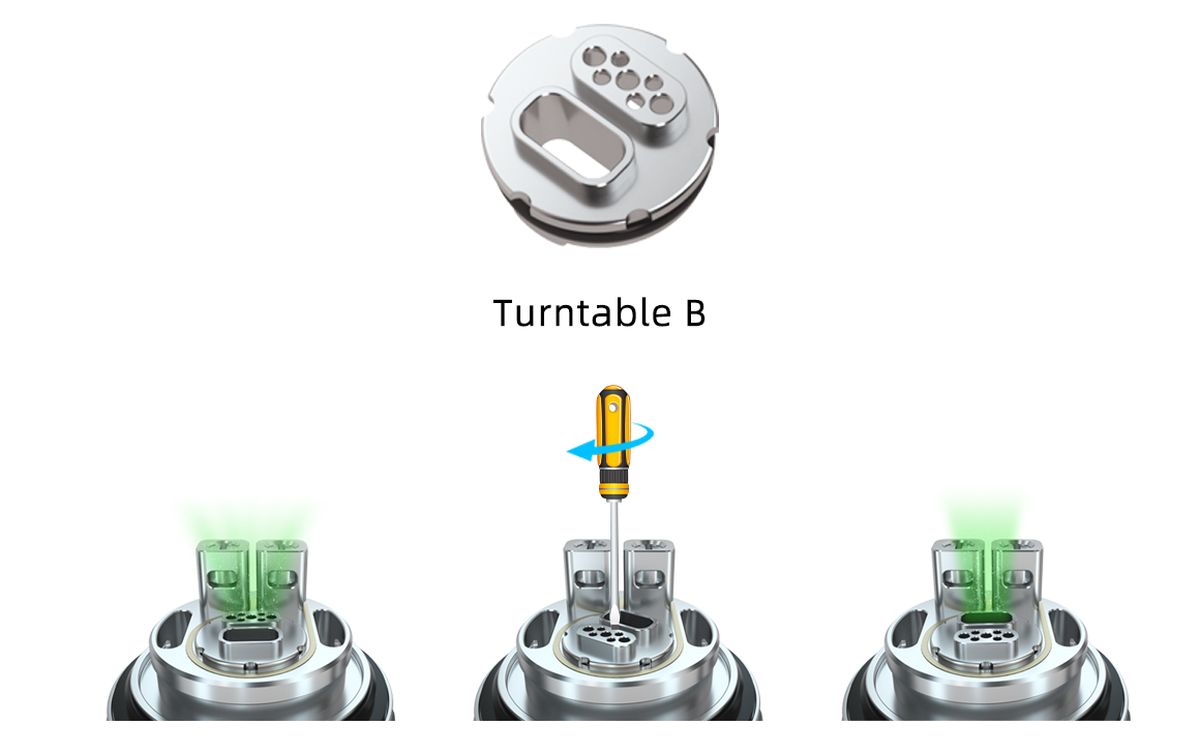 The honeycomb’s holes are therefore not the same size. However, it will be difficult to precisely position the coils on small or only large holes. However, if you get there, you can have a 0.6 mm Airflow which is arguably the tightest MTL you can find.

Hellvape MD RTA is made for MTL vapers who want to fully master the Airflow. We are not in the picky aspect of a high-end atomizer like the Taifun GTR and its Juice Control, but Hellvape offers a huge versatility.

Because, you can adjust the Airflows with the turntables, but you also have the classic Airflow ring on the outside. And for this Airflow outside, we have dimensions ranging from 0.8 mm for the small hole up to 2×4 mm for the slot when it is open to the maximum.

The Hellvape MD RTA offers monstrous flavors. And I’m not saying that it’s better than the Expromizer V4 or the Galaxies MTL, I say it literally crushes its competitors. The reconstitution of flavors is much finer with a vape that is much tastier.

However, I noticed a loss of flavor when going to a more DL draw. For Jai Haze, who troll often, Hellvape MD RTA surpasses the Taifun GT4 (although the finishes are not the same). And for Vaping with Vic, it’s equivalent to a Kayfun Lite.

And that’s what’s amazing, because Hellvape is not known for its MTL atomizers. And these turntables are a real innovation for once. We already have screws or inserts as we can find on the Brunhilde MTL, but the MD RTA goes much further in the versatility while being very simple to use. The building and the wicking remain simple. Even if the wicking is always tricky on the RTA MTL and it is necessary to take several to master them correctly.

And the price is a joke because you can find it for 30 to 35 dollars.

Check out the MD RTA on the Hellvape’s website

Where to find the Hellvape MD RTA ?