What to expect from ZQ Vapor’s Trio MTL RTA ?


The Trio MTL RTA is brought to us by ZQ Vapor and it offers a system of 3 independent Airflows. A little too much air for MTL?

The Trio MTL RTA continues to ride the wave of RTA MTL that has been with us since 2019 and 2020. The MTL fashion has returned, because unsurprisingly, people have understood that to make big clouds with big drippers and big attys, consumed a maximum of liquid. Instinctively, many vapers return to an MTL vape with high doses of nicotine. And for MTL lovers like me, there is never enough MTL RTA on the market.

In terms of capacity and diameter, the Trio MTL RTA looks like pure MTL. An atomizer 22 millimeters in diameter for 2 ml of capacity. 2 ml is too little in 2021 knowing that this is an capacity that was only popularized by this crap TPD. I always vape on my Siren 2 (because the Siren 3 is easily forgettable) and despite being pure MTL, it offers a capacity of 4.5ml. 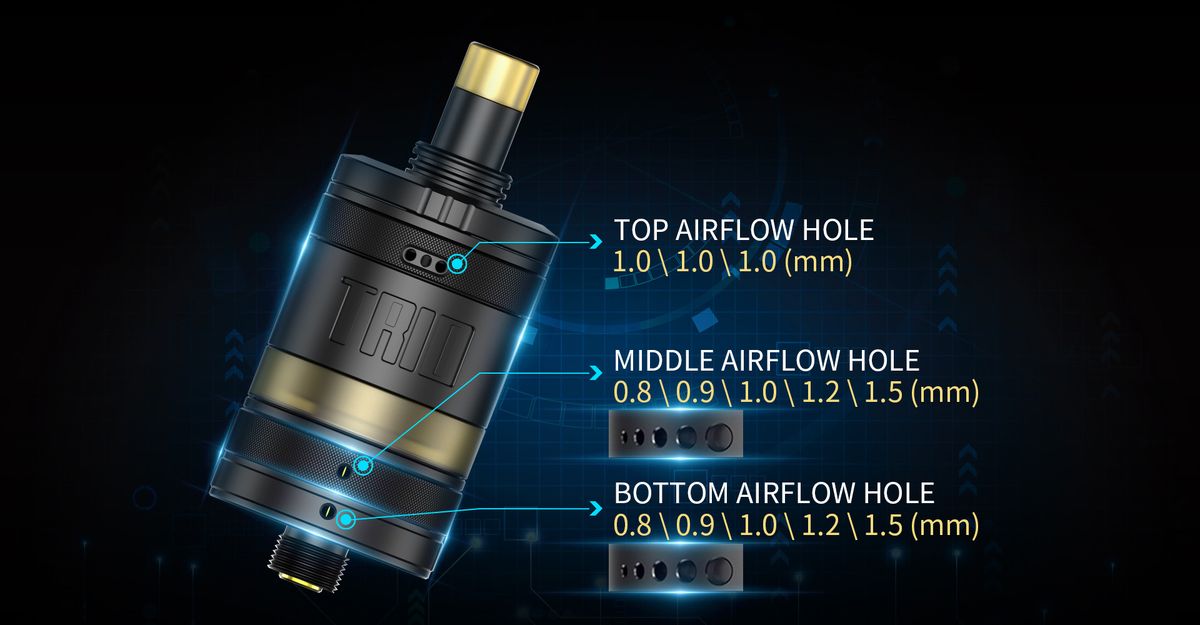 But what makes the Trio MTL RTA unique is that it has 3 independent Airflows. And ZQ Vapor didn’t skimp on the means. Because we really have 3 airflow rings, 1 at the top and 2 at the bottom. We have already seen atomizers that have attempted the adventure of multiple airflow rings and the result has never been up to the task. But maybe the MTL Trio will beat this trend.

This also means that we can close the 2 airflows at the bottom and end up with an MTL RTA in Top Airflow. Apart from the Expromizer, not many people offer MTL Top Airflow on the market.

With these three independent airflows, we have 13 holes available for 143 possible configurations. And this is where the Trio MTL RTA can fall into the trap that too much versatility kills the MTL. MTL is a truly distinctive vape and despite the plethora of RTA MTLs on the market, it’s no coincidence that in the end, few MTL atomizers really do MTL.

And if we try to offer a product that does both MTL and DL restrictive, then we risk disappointing people who are looking for a very tight MTL. The Siren 2 does MTL, the Pandora or the Glaz Mini MTL, the latter being so MTL it’s even too tight for me, that’s telling you.

Very easy to build and wick

Apart from that, we are in very classic with the Trio MTL RTA. The build deck is single and it is made for small coils, even fused clapton would be too big unless you were aiming for 2×32 with 40 or higher. The design of the Deck also reminds me of the Siren 2 even though it’s not a GTA style (A GTA style is where you make the cotton dangle). 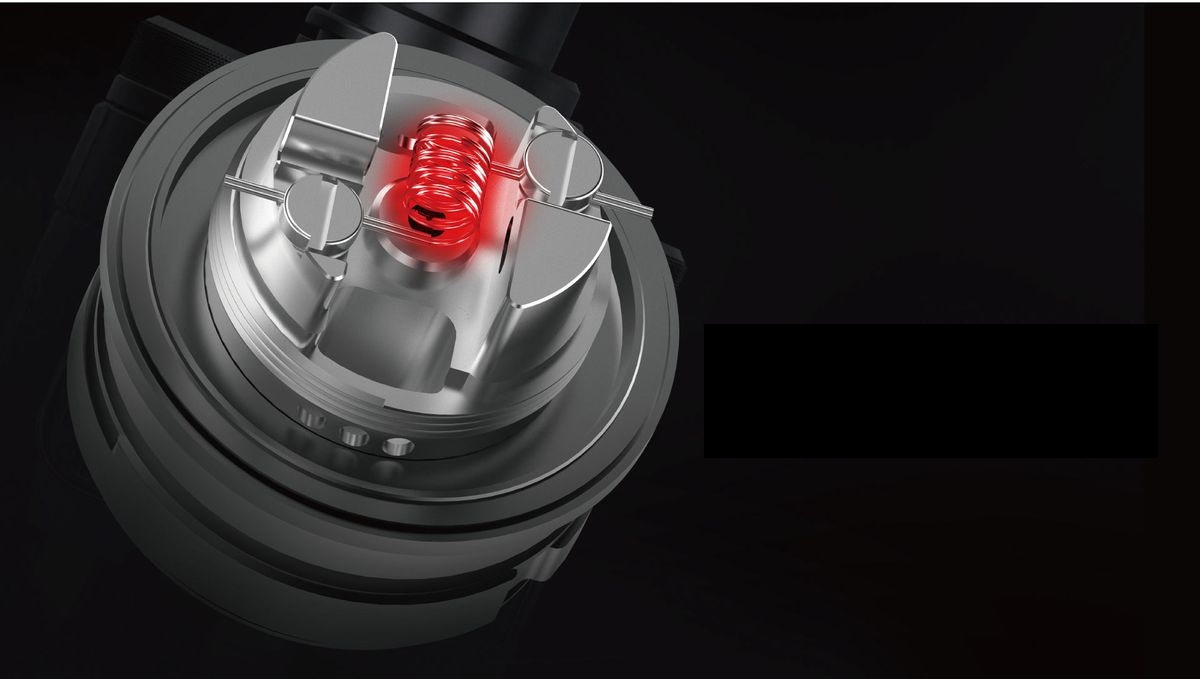 Cotton fits into the fairly comfortable wells on the Trio MTL RTA. The filling is done from the top. But with Airflows at the bottom and at the top, you will have to be careful, because we leave so many possibilities for leaks. For the price, we are around 40 dollars on the official site which seems a bit expensive for an RTA, which ultimately does not offer much more compared, for example, to the Vertex MTL from Hellvape.

An interesting first MTL for the brand

ZQ Vapor isn’t really a brand you hear a lot in the rebuildable. But it is a Chinese vape brand associated with SKEY that is a partner with companies like Aspire or Joytech. So far, ZQ Vapor has mainly only made pods although it already has a mod called Essent DNA75C.

It looks like the MTL Trio is its first arrow in the rebuildable world. And for a first shot, ZQ Vapor does brilliantly although it will take some pretty extensive testing to see what it really gives in a pure MTL setup.

If ZQ Vapor goes there, they can contact me to send it to me for review. But frankly, the design, the deck, the daring to put 3 airflows, it’s quite a good surprise.